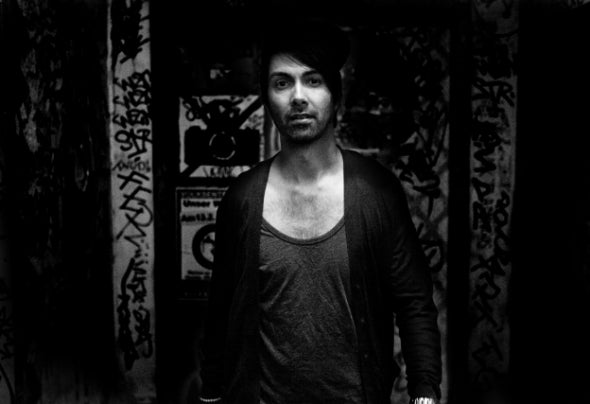 As far as DJ/producers go Matthew Dekay has always been a name synonymous with quality productions and high energy live performances. At just 33 years of age he has enjoyed a successful international career spanning over more than a decade and playing to crowds on every continent of the world. Born and raised in The Netherlands he trained as a classical musician and this background has had a huge influence on his approach to making electronic music It kept Matthew very open minded and gave him the ability to cross genres without ever worrying too much about composing in one particular style. Over the years and following an albeit brief, yet very successful period in Dutch pop during the late nineties, Matthew moved into more underground musical circles and it was with releases such as the “Dekay meets Beastie Boys bootleg of “Intergalactic" in 2003, "Higher Thoughts” in 2004 and “Bad” in 2005 that he really cemented his place amongst the big players of the industry. Matthew was able to develop his sound while playing extended sets as resident of esteemed club “Stalker” in his hometown of Haarlem, Holland. It wasn’t long before Dutch management company Extrema, who are also responsible for the most respected outdoor festival in The Netherlands noticed his talents and asked him to mix the compilation “Time to Think” for the official soundtrack to the festival in 2003. In 2004 Matthew debuted on UK radio with the highly respected and sought after Essential Mix for BBC Radio 1 and then released his critically acclaimed Trousy compilation in 2005. Since relocating to Berlin from New York in late 2009 things have never been better for the native Dutchman. His touring schedule has continued to take him to his fans all around the world and Summer 2010 saw his play for the first time at Space in Ibiza after many previous seasons spent behind the decks at Amnesia. After nearly a 3 year break from production Matthew also went back in the studio with new creative partner UK legend Lee Burridge and wrote was to become one of the biggest tracks of the year, “Wongel” signed to German label Cecille Records. It went on to peak at #6 in the Beatport Tech House charts and #1 on Resident Advisor’s 50 most charted tracks of November 2010. The track was also included on Cocoon compilations “Party Animals” and “Green and Blue”. Since then Matthew has also released remixes for Jimmy Vallance “Stay in Touch” (Monique Music), Nils Noa “Floyta” (Troll Records), Leland McWilliams “Viva La Revolution” (Portobolo Records) and Ian Pooley “Groove Me” (Pooled Music) as well as the original track “Tauben” with Maher Daniel (Maruca Music) a follow up single on Cecille Records with Lee Burridge “Out of Order” plus another Dekay and Burridge original “Tubby” ready for release later this year. 2011 is an exciting time as Matthew launches his new record label with Lee Burridge “All Day I Dream”. The philosophy behind it is to promote and showcase melancholic, gorgeous House music as the name suggests. Matthew and Lee share a strong belief that there is a gap in the market for such a label where artists can create and release music from the heart that defies current musical trends. The last 10 years have seen Matthew Dekay complete a full 360 transformation through many styles and sounds and have finally brought him back to where he feels the most comfortable expressing his creativity, in underground music.