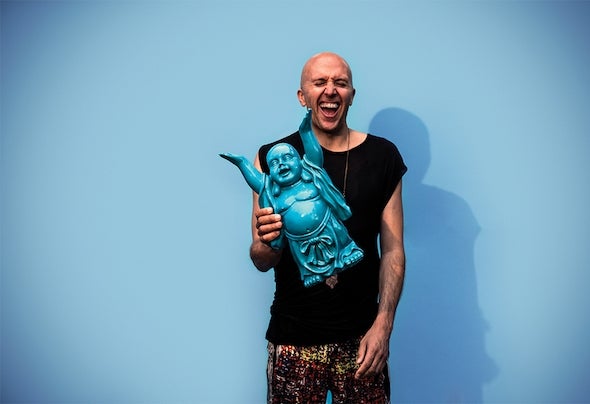 Hi, Lee here. Well, wow…what a journey it’s been up to this point. From my early days driving a van full of equipment to birthday parties and weddings held in village halls in the countryside of England to enormous dance music festivals, super cool clubs in far off lands and wondrous, unique experiences like Burning Man my career has, somehow, already spanned over four decades and become something I’d never been able to imagine when it began. Two things have remained the same throughout though. First and foremost it’s always been all about the music. I’ve always wanted people to hear my records (i used to hang my stereo speakers out my bedroom window of my dad’s pub) and I’ve always wanted everyone to have as much fun as possible. Check! . There are way too many details to bore you with that have happened on this journey since my first gig on the 26th December 1983 so I thought I’ll simply tell you about the most recent direction it’s all taken. I’ve always liked staying up late and going home when it’s light (which still happens quite often truth be told) but in 2011 I decided i was (also) going to annoy people in the day time by playing music outdoors, really really loud, under the blue skies of carefully chosen cities, deserts and beaches. DJ’s, in my opinion, had mostly stopped telling stories through there musical selections and programming. Melodic music, as a whole, was noticeable from it’s absence. I kind of missed it. Instead of waiting for someone else to figure it all out and give me a platform to do what I envisioned I thought I’d just do it myself. All day I Dream was born on a Brooklyn rooftop in June 2011. “What's All Day I Dream" I hear you cry? It’s a party, a label and a home for like minded artists as well as the ever growing community of beautiful souls who called themselves ‘dreamers’. I’ve always been a dreamer myself too. Steadily growing in numbers via word of mouth since that first summer the events were the only place to hear what I considered some really special music played in a very special way. They were also a wonderful place to spend time with your friends dancing into dusk. Slowly, certain new artist joined my bandwagon and a musical sound was reignited. Deeply special musical moments born from my artists heart’s and soul’s manifested in to broad grins and sometimes tears out on the dance floor. In the first years tracks like “fur die liebe” and “lost in a moment” transported us all to beautiful otherworldly places. When I sign music to the label this is what I search for. I’ve always believed music has the power to mark times in our lives and take us back there. These will always be All Day I Dream’s musical time machine. It’s hard to articulate exactly what All Day I Dream truly is as it’s different things to different people. What we’ve all shared through this project though is love and that’s what's at it’s core. I set an intention before the first ever party. To make people smile. It’s never changed. Hundreds of strangers have become friends at All Day i Dream. Dozens (i’ve met them all) met their now spouses. For this alone I’m deeply proud. All Day I Dream was born in New York city in 2011 and has a summer season there each and every Summer. It also continues to grow it’s fans, friends and family while traveling and exploring the world. There are dreamers everywhere don’t you know. My label continues to encourage the musical side of artists the likes of Gorje and Izhevski, Yokoo, Oona Dahl, Lauren Ritter, Hoj and Lost Desert. Each artist adds their own unique warmth and love to the events and the musical catalogue. “Don’t forget to follow your dreams as you never know where they’ll take you" Lee