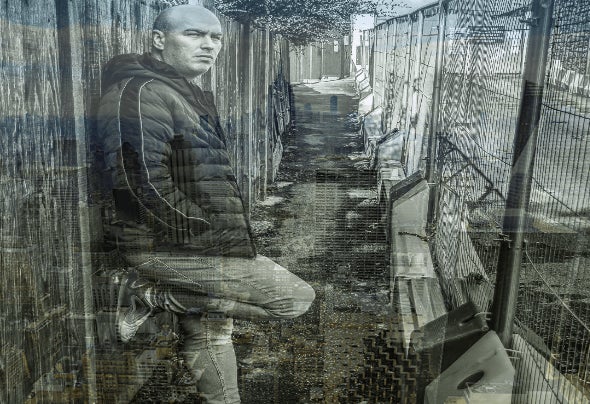 Addiction. Its a word with mostly sinister connotations, but for Glenn Molloy, it was his addiction to music that makes him feel alive. “I’ve always liked music.” He says, “As a child, once I realised I got goosebumps and spine tingles from listening to loud music I became immersed.” It’s a tale as old as the hills but something that bands DJs from all walks of life together: that epiphany moment. Nothing can quench the desire to search for all the music they find, always looking for the next x; the perfect beat, the warmth of a pad, the thrill of a joyous piano line. Formulating his tastes on The Prodigy, Shades of Rhythm and Altern-8 courtesy of his older brothers rave tape collection, he became fascinated by early progressive house and began to collect the Renaissance and Global Underground CDs.Growing up in Blanchardstown, Glenn wasn’t far from the 24/7 action of Dublin. It was there his fascination with dance music took hold completely at clubs like Redbox watching John Digweed weave his dystopian tale, or The Village, where Darren Emerson would destroy the dance floor. Leading on of course to finding out about secret afterparties, and finally, commanding the room himself at a memorial night for a fallen friend. Residencies followed and Glenn built a good name for himself in the city. Now developing a club night with fellow Dubliners Soul finder, Gerard Bozyk, and Khankra called Fusion Underground, his ambition grows. With influences as disparate as Rodriguez Jr., Super Flu and Carl Cox, his style is an amalgam of melodic house and tough tech flavours that he splits between his Glenn Molloy and Gorgonoize aliases. Production continues to be his biggest adventure to date. After some masterclasses with local hero, Will Kinsella (Hybrasil), Glenn now has tracks signed to,Circus,Asymmetric, with upcoming releases on Mirabilis and more. Looking forward to the future, Glenn is only getting started