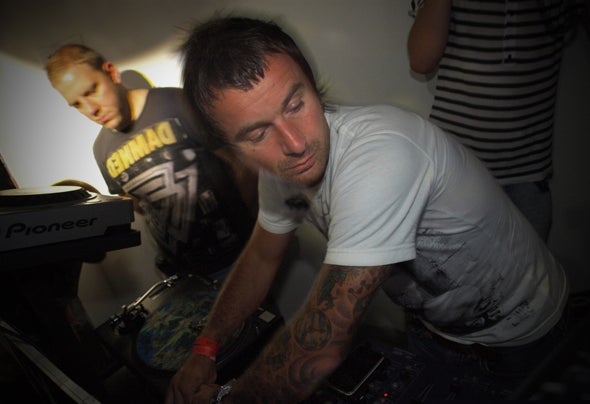 In a music career that has spanned over 20 years, Alan Prosser has sold over 200,000 records with 100 releases across several house genres. Alan started Djing and producing dance music at the age of 14. By the time he was 16 he had a studio built and was producing early house music on an Atari. After signing his early productions to Ministry Of Sound and Fantasia under the guises of "Chiller Productions", "Sophie's Boys", "Housa Musika" and "Dance Easy", he went on to run his own label "12 Inch Thumpers" which explored the harder edge of dance, and gained notoriety within the Hard House genre. At the turn of 2002 Alan moved away from the 140bpm floor fillers and back to his house roots, this time developing a deeper tech sound. You can catch Alan's tracks and mixes on the Swedish Clubstream label or his sets on Bora Bora radio, during his monthly guest slots as well as live at his residencies for the Bora Bora European tours and Closure at the Ministry of Sound.