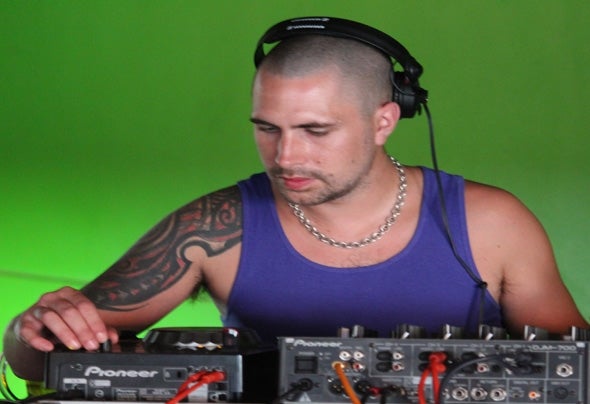 Type 1's career in dance music has spanned over a decade; he has earned a reputation as a highly accomplished and distinctive producer coupled with a DJ ability to match which has seen him hold residencies in some of London most infamous clubs which include, The End (The Den), The Cross, The Fridge, Fire & The Mass and is seen regularly guested at other major London clubs such as Brixton Academy, Cable, Ministry Of Sound, SE One, The Egg, Pacha, 54, Coronet and other venues across London & the UK. Type 1 has played alongside dj's such as Joris Voorn, Nic Fanciulli, D. Remirez, Luca Agnelli, Laidback Luke, A-Track, Deepgroove, Kaiserdisco, Saytek, Dub Pistols, Allan Banford, Max Cooper, Jamie McHugh to name a few. Internationally he has toured Ibiza on several occasions at venues such as Es Paradis & Eden and other smaller venues such as Mambo, Savannah & Cafe Del Mar, He also guests at clubs in Holland, Poland, France, Goa & Thailand including him headlining at the NYE 2010 full moon party Koh Phangan as well as other headlining gigs at Bed Super Club & Q Bar in Bangkok. Its the energy of his sets and the real passion he has for the music that really transfers to the dance floor.. He describes his sound as 'Techy Party Music' and that's exactly what it is! 2011 is looking promising for Type 1, with confirmed gigs already at Ministry Of Sound (London), The Egg (London),Beach House (Koh Phangnan), Bed Super Club (Bangkok), Q Bar (Bangkok), and tours in Sweden, Corsica, Goa & Malaysia. Type 1 started to produce 4 years ago and decided to study a degree in music production. This has subsequently lead to him releasing records on labels such as Little Mountain Records (Sander Kleinenberg), Italo Business, Tech Head, Minimtrax, Mad Hatter, Heatflow, Whirlpool Sex Music,Oda, SLR and many more. He also runs the label Malfunktion Records which has been hugely successful since the launch in June 2010, It has scored 2 No.1's onTrackitdown.net and the rest have all made it into the top 20 in only 7 releases. The first release Type 1 'Poppers' climbed the charts to hit the top, knocking Toolroom Records off the top spot and stayed there for over a week. It is the support of Type 1's productions that speaks for itself receiving support from A-listers such as Richie Hawtin, Luciano, Chris Leibing, Dubfire, Laurent Garnier, Mark Knight, Marco Carola, Markus Schulz, Marco V, Daniel Portman, The Japanese Popstars, Flash Brothers, Pedro Delgardo, Tom Hades, Ant Brooks, Luke Porter, Jon Rundell, Adam K, John Karagiannis, Piatto, Mario Piu, many more the list goes on!