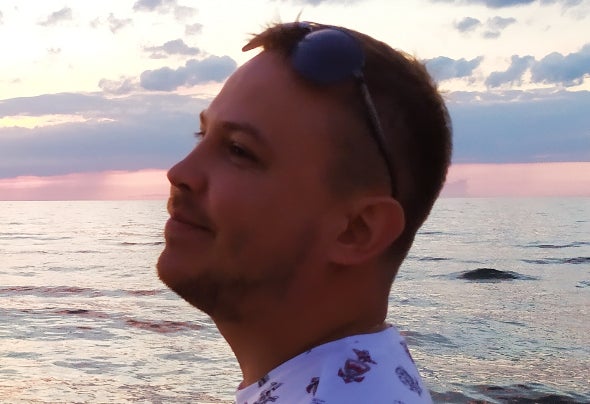 Martin Graff is a music producer of young generation who has born in Sokolka, Poland in early 90'. Fascinated by electronic music as a youngster, inspired by ATB, Darude, especially track 'Passing By' which was a part of album 'Rush', Fragma, Bomfunk MC’s and all the beautiful melodic hooks of these times. Really fast his passion to the music turned into a fast growing love that awaken his desire to become a music producer. When his friends were playing games, young Martin was learning how to make own sound by spending days, weeks and months on self learning and exploring endless corners of musical universum. His first release took place in 2010 under forbidden (at the moment) alias. Progressive package of goodness which was well supported and reached top 10 overall sales on Trackitdown. That was really big surprise and in the same time huge impact on his further career. Numerous releases in many well respected recording labels such as Black Hole, Silk Music, FSOE, Colorize, Elliptical Sun Recordings/Music, PHW, Pineapple and many more has brought to life style which Martin is known of in the industry and been supported by many great DJs across entire world such as Above & Beyond, Armin van Buuren, Gareth Emery, BT, Hardwell, Blasterjaxx, Roger Shah, Ferry Corsten, Aly & Fila, Cosmic Gate, Andi Durrant, tyDi to name just a few. Be sure to follow him to check what’s up about the music!