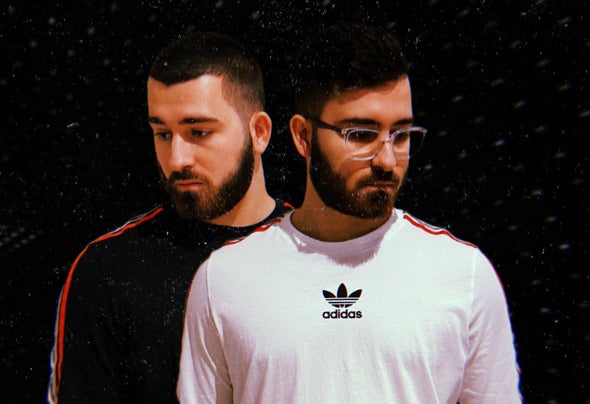 The twin brothers have been blow-minding people since 1996. Chris & Angelos, the two minds behind Mind Of One residing in Montreal, Canada have fallen in love with electronic music when they first discovered Armin Van Buuren's radio show ‘A State Of Trance’. Starting from that day, Trance music has been a huge influence & would drive their daily lives. The deep appreciation of creating emotions through sound is what drove their passion forward. Ever since their debut on Elliptical Sun in late 2018, they have caught the attention of the dance music community with their signature captivating & ethereal progressive identity. The dynamic duo continue to evolve their sound & draw inspiration from the world around them. Their music can be found on respected labels like FSOE, Euphonic, RIDE & Elliptical Sun. The twins have shown promising talent being supported by the likes of Armin Van Buuren, Ferry Corsten, Markus Schulz, Cosmic Gate, Aly & Fila, Kyau & Albert, Paul Van Dyk, Ruben De Ronde, Dash Berlin, Andrew Rayel, Sander van Doorn, Matt Fax and more. Their tracks have charted on Beatport’s Top 100, Apple Music & iTunes Charts in multiple countries with several Top 10's & even reached the #1 spot on Beatport's Trance Releases. With their music being played around the globe on the biggest radio shows, the brothers look to expand their audience with their unique style. Their songs have been featured on playlists such as Spotify’s 'Trance Mission', 'Chill Tracks' & 'mint Canada' as well as Anjunabeats’ 'Trance Therapy', 'Anjunabeats Recommends' & The Grand Sound’s 'Progressive House' playlists. The clones look to continue their steady release schedule, expand their catalogue & showcase their epic sounds to local venues. Ultimately, to broaden their horizons & play internationally while making meaningful connections along the way.