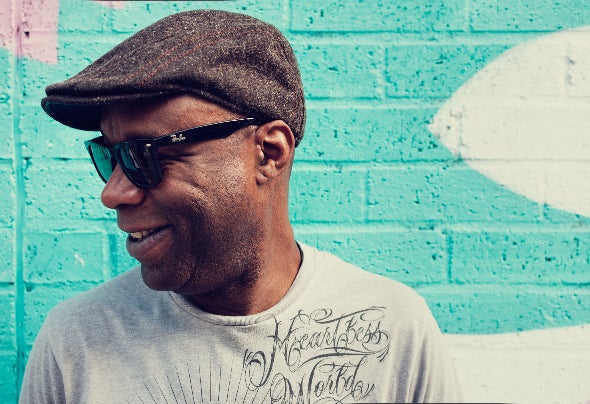 Any blurb about Colin Dale's career is bound to exclude many seminal moments, such is the extent of his achievements in almost four decades behind the decks. In 1982, Dale started warming up for Tim Westwood in central London clubs like Heaven. He cut his teeth playing soul, funk and boogie in clubs and on pirate radio station Phase One, until landing a slot on Kiss FM in 1986. Over the next 16 years, Dale became London's answer to The Wizard, with his Abstrakt Dance show (and related Outer Limits mix CDs) introducing a whole generation to the cutting-edge sounds of Detroit, Chicago and beyond. Dale is a visionary DJ, one of the first to explore the links between funk, boogie and proto-house, then going through phases of industrial techno, Detroit techno, acid and the softer tech house sound he spins today. Aside from his DJing, Dale is a fixture of UK dance music, as a former dancer, promoter of legendary parties like Knowledge, Wildlife & Deep Space, artist manager and label owner. As a producer and remixer, his credits range from an early record on Paul Oakenfold's Perfecto label, to the EPs he continues to drop on Abstrakt Dance Records today. He doesn't rest on the success of his hallowed days, continuing his presence on the London club circuit and tirelessly pushing his sound into the future. Colin has played clubs and festivals the World over including Europe, USA, Russia, Japan, China, New Zealand, South America and many more. Techno, Tech House, Acid House & Electro. Resident Advisor – The art of Djing with Colin Dalehttps://ra.co/features/3860? fbclid=IwAR3UJuGpA8Tzx0HgSYtZnyuK7ykdeBrJSaaWYXhUff66LrvZmn2dvOR1OYc Resident Advisor – Celebrating 120 black artist in electronic https://ra.co/features/3834? fbclid=IwAR2EP6T96X8bqldzWcej0ilbrttWS20ldC93yu8ZL2r9Wgcph21ec9_Uog0 Mixcloud - https://www.mixcloud.com/colindale2/ Soundcloud - https://soundcloud.com/djcolindale