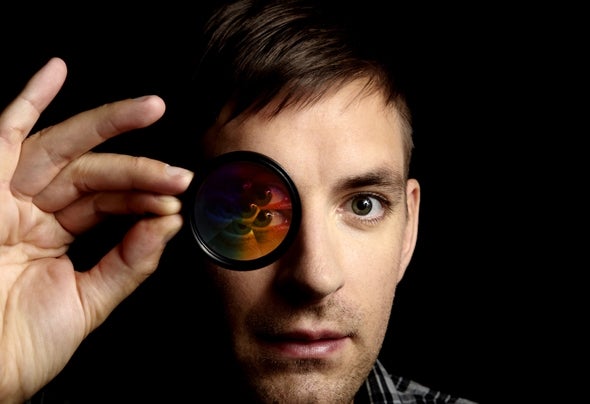 Joel Mull was born Aquarius in Stockholm in 1975. Receiving his first synthesizer at the age of six, Joel has begun his long and successful music career by taking piano lessons soon after. From the age of ten to sixteen, Joel attended Music School in Stockholm, using most of his time playing keyboards and singing in numerous capacities. Joel got into electronic music via Kraftwerk and Depeche Mode. As it is the case with many of the today's dance music luminaries, his early musical explorations gave him a solid base upon which he would continue building on. In 1991, at an outdoor "rave" party in Stockholm, Joel experienced a musical style he had never heard before. In the lights of his discovery of techno, he has found his passion. Soon after, Joel began picking up mostly House and Techno from the Stockholm record shops. Nevertheless, he met Adam Beyer at school, who spent his lunch breaks teaching Joel how to mix and play records with the pair of Technics 1210 he had at home. In 1993 Joel bought an Ensoniq sampler and DJ equipment of his own, and from that moment, he confidently took off into realms of electronic music. Joel found inspiration to pursue a full time DJ career in 1995. From that point on, he has consistently flexed his musical background with his range of productions and superb choice of label releases. After many releases on different labels around the world, Joel felt that it was time to take control over his music and in 1998 a new project was born: "Inside Records." Since then there has been a continuous release flow of quality dance-floor techno 12" from his studio in Stockholm. Working with Adam Beyer as the duo "Safety Session," the two have received an overwhelming response to their releases. Being a contemporary musician with rare training and a good ear has led Joel down the path of electronic music. As DJ and live act, Joel has been performing in numerous countries across the Globe. He has become an artist to be watched and followed. Joel Mull is a perfect example of the successful contemporary techno artist.