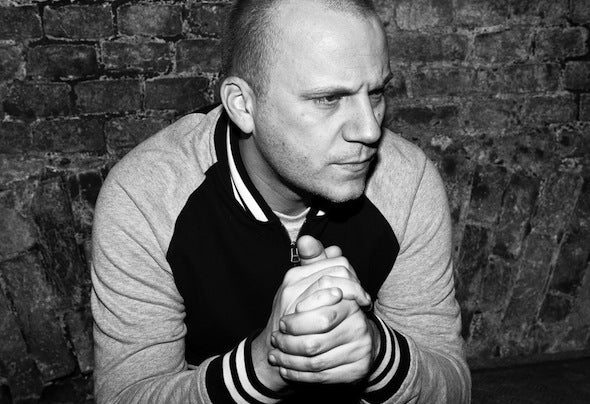 With electronic music becoming more polished and quantized, Boddika’s arrival has shaken the scene to its very core, slamming down with a raw take on things that’s making all journalists scramble for the right genre tag. Is it electro? Techno? Old? New? Harking the expansive sounds of Luke Vibert, the analogue programming of Juan Atkins early work, and the rawness of the Drexciya/Dopplereffekt family, Boddika is the newest project of Al Green, 1/2 of the boundary-pushing duo that’s re-written the rules completely, Instra:mental. “Boddika is inspired by Machine Music. My influences are mainly old school electro beats from hip hop and then Detroit electro producers such as Drexciya and Aux88. But I’ve always had a keen interest in Chicago House and Detroit Techno, as well as 90's & 80's Dance and Electronica, like AFX, Autechre, Lisa Lisa Cult Jam, Prince. Pretty much everything I like inspires me; as a whole I just do what I feel like doing when I’m in the studio, and that’s where the music comes from. Working alone has been very inspiring for me.” The moniker is quite fittingly lifted from ‘Robocop’ (specifically the villain Clarence Boddiker), with a name that suits the music’s dark and edgy, retro yet future feel. Boddika is tough and metallic, but nothing about it sounds of the digital landscape of contemporary electronic music. Gone are the hollow drums with no punch, or overly compressed productions with no dynamics - and in their place comes layers of full, analogue sounds that are as intense as they are immaculate. With almost juke-fuelled vocal chants, innovative drum patterns that morph and develop with each bar, and deep, mechanic stabs, there’s hardly any trace of the bass genres Green may be known for, but yet it doesn’t quite fit comfortably in any defined 4/4 box either. In short: it sounds like absolutely nothing else. “My productions and pretty raw and energetic, I use lots of outboard synths and dynamics. And I like twisting and manipulating synths live with my own hands while recording: this way it can never really been done twice, it's a one time deal. I’m a lover of outboard FX, and synths and dynamics, I’m not really into using too much software because it makes things sound dry and the same as everyone else's music. I try and use machines that are not that common in people’s studios to get different sounds. I love drum machines and generally program my beats with step sequencers.” After releasing Instra:mental’s warm, atmospheric grace of ‘Futurist’ (as a split 10” with dub/ D&B cross-between Breakage) on Naked Lunch, the Dublin imprint jumped at the chance to release the first round of Boddika fire. ‘Boddika’s House’ and ‘Syn Chron’ set the scene straight in October of 2009. The following month, first surfacing through pirate radio (Oneman’s show on Rinse FM) and select DJ mixes (a guest mix on Benji B’s Radio 1 show), his tearing beat constructions started reaping havoc. As DJs across the board – including Skream, Loefah, Oneman, Stingray, Martyn, Ramadanman, Joy Orbison, Scuba, Shy FX, Benji B, Addison Groove and Zed Bias – began dropping his tracks, leagues of hungry listeners began demanding to know who Boddika was.