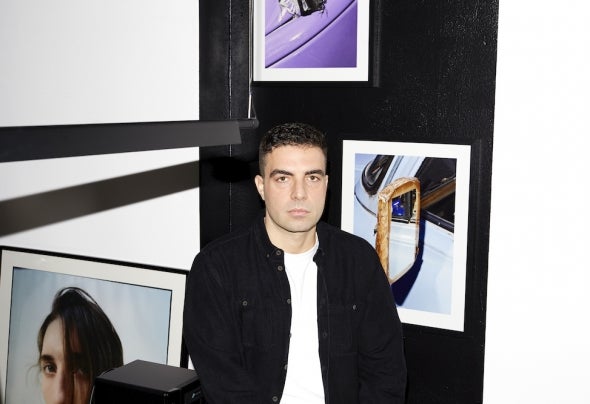 A journey where techno enters a land of shadows and rarefactions, escaping images, dark suggestions. Where gravity becomes a relative concept, uncertain, and where cinematic refractions count as much as the dance floor rules, in a continuous encounter/clash. It is time to get involved. After plenty non-trivial satisfactions, at the end of 2013 comes the time for Federico to higher the stake: He leaves the "Clockwork" project for a solitary one. The richness of past experiences, the years in New York at heart (and in the musical and retinal education). A musical background that goes from the sharp and geometrical hip-hop of Gang Starr to the spirituality of Basic Channel's techno dub (passing through the visionaries of Radiohead and to the complex lightness of Matthew Herbert). Now, all this brings the will to give life to a new sinuous, fascinating and profound creature. "Millenium EP" in 2014, four tracks that create space, that map an itinerary, that breathe deeply. Following on that is‚ "Vertere" in 2015, a collaboration with Mind Against bringing the listener on a journey outward while mirroring a simultaneous labyrinthine journey inward. 2016 brought us‚ "Triangle", taken from‚ "A Realm Through Consciousness" the very first Afterlife release. With its repetitive, mesmerizing synths and effective reverb, the track is an odyssey within itself. 2017 saw the release of Metropolis on “Just This”, which is swiftly followed by the first EP to be released on his new joint label with Portrait, Aura Dinamica, which is distributed by Âme & Dixon’s Muting The Noise.