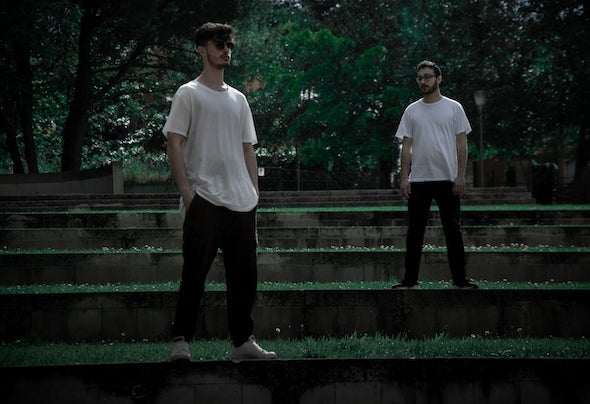 The Dyzen project was born in Puglia (Italy) in 2017 from two contrasting minds, Francesco Perrone and Nicola Disabato, obsessed with research of perfection and details, which, through music, want to tell their story. In an attempt to express their conception of music, their creations are rooted in soundscapes ranging from purely techno rhythmic structures to melodic lines characterized by a progressive-psychedelic style that sometimes flows with arrogance into a trance mood. Their renement translates into a maniacal attention to the creation of their sound that passes through elaborate processes of synthesis and research. In 2018, just one year after the launch of the project, they received massive support from the major artists of the techno scene like Tale Of Us, Artbat, Mind Against, Adriatique, Joseph Capriati, Fideles, Denis Horvat, Agents Of Time and many others. Their goal is to exceed their limits by achieving a stylistic independence and never stop expanding their horizons, proposing always new and unexpected DJ sets, which led them to perform in renowned Italian and foreign clubs.