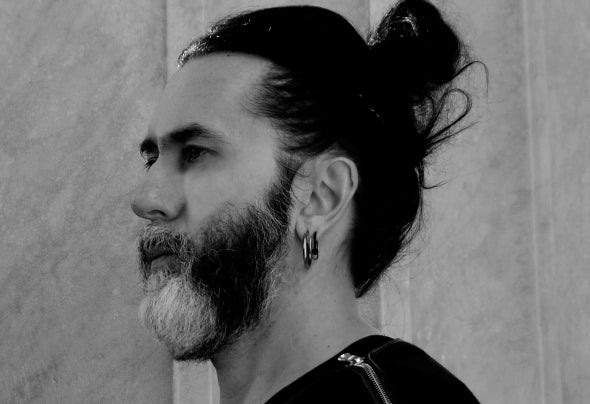 In 2015, My Flower arose from the ashes of the Lula Circus project, which was at the end its journey, after reaching international attention by collecting releases on notable labels such as Get Physical Music, Culprit L.A., Ostwind Records. My Flower originates from the urge to experiment new sounds, moving from techno to experimental electronic music, that would have found their best expression only in a new project. Hence, in 2015 the first vinyl was released on the English label Stem Records, which was also producing prestigious artists such as Mind Against and Agents of Time. My Flower was soon signed among the artists of the Milan/Berlin based label Just This, that released more than one EP and the iconic remix of My Flower – Rea, realised by Vatican Shadow. A recent collaboration with Andrea Darse (Afterlife) led to the release of an EP on the Spanish label Suara Records. Soon after that, My Flower value is recognised by Marco Faraone, who signs the project among the artists of UNCAGE. The last release, Spheal (Nightcolours Records) was first on beatport – melodic techno chart for one month and was played by Hunter/Game in their Afterlife Official podcast. My Flower played several gigs in prestigious clubs, such as Bloc. (London, UK), together with Edit Select, Bella Ciao (Perugia, Italy), along with Ralf, Volt Club (Milan, Italy), among other Just This artists, to name a few. More recently, My Flower played at the Nuit Sonores festival (Lion, France).