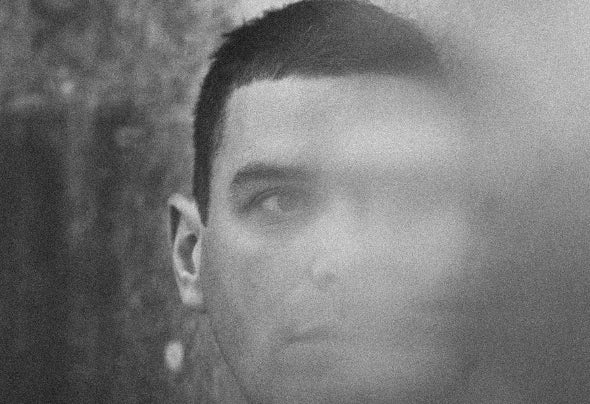 “Music has determined the kind of person I am,” explains Madrid's Aiken. Born in the 80's, Aiken started to delve into electronic music after hearing a mixtape. Together with his friends, he began going to record shops every weekend, listening to music and amassing flyers from the different parties happening at that time even though he was still too young to actually attend them. To him, electronic music was not only a passion, but a lifestyle. Now of age, he’s given up the hobby of gathering flyers, instead choosing to focus solely on collecting records and producing music. With his first appearance on Exium's label Suspiria Digital, he caught the attention of another Madrilene, Svreca, who offered Aiken his first vinyl release on his imprint Semantica Records in 2011. This was followed by a steady stream of quality techno EPs on labels such as Lycaon and M_Rec, where he was remixed by none other than one of his all-time heroes: Regis. Balance is a key concept for Aiken: something you can feel it in his DJ sets but also in his productions, in which he sees an opportunity to express what he experiences - from new cities to new encounters. “When you are mixing records, you are the engine of the night,” says Aiken. He’ll use that engine to drive you right out of your mind.