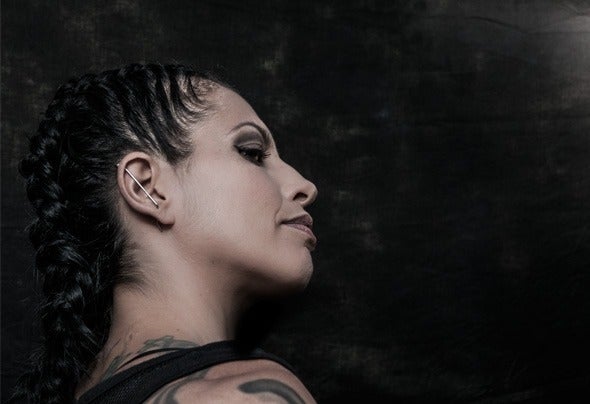 Kuroi was born in Guadalajara (Spain). She started to introduce herself at the electronic music world due to her job at Fabrik club and Code parties. She came in contact with the turntable at 2006; that’s when she began to consider to take her dj facet seriously, becoming a priority in her life. In 2014, she released her rst work in nAX_Acid ́s label, Aconito Records, where artists like Deepbass, Ness, Claudio PRC or Giorgio Gigli among others had been released.  Since then, she has released in labels like GND Records, Dynamic Reection, Sonntag Morgen, Children of Tomorrow and more. Kuroi ́s sound is her own vision of techno, full of modulated synths and analog taste rhythms. She made her early performances at several rave parties and made room at Madrid scene gradually performing at mythical clubs, birthplaces of techno music, such as Cassette, Specka, Audium or One. Her sets are based on a hard, direct and lively techno you can dance to. Nevertheless, she adapts herself to public and place finely. Nowadays she’s one of the most promising deejays with one of the best careers in Madrid, her home town. Summarizing ,to gaze at Dj Kuroi at the dj booth means to enjoy of an inammatory session combined with juggling, strength and feeling.