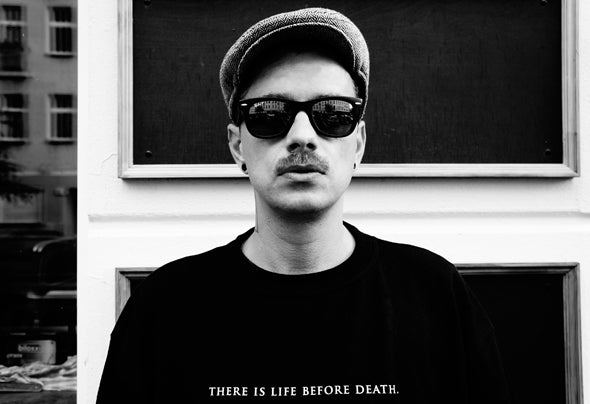 Legend of Berlin's techno scene, Housemeister is a key figure of the German and international nightscape.DJ half a life, got his turntables in 1994, won a dj contest at the popkomm festival in cologne 1998, get part of Ellen Allien ́s BPC collective in `99 and started releasing records in 2001 on Bpitchcontrol, where Karl Lagerfeld once took a track from his 1st record ever for his Lagerfeld compilation CD. Since 2005 he is labelhead of AYCB Records and part of BNR. As a full-analog studio crack he has produced 6 full length studio Albums and more than 50 Vinyl Ep ́s, around 350 tracks in total. Touring 50 countries worldwide and played festivals like melt, Warehouse Project Manchester, Tomorrowland, Sonne-Mond & Sterne, Igloofest, Pukkelpop, Mysteryland, Optimus Alive, Southwestfour London, WMC, Holyship, Sonar, Hardfest or SXSW with his very own interpretation of techno. His gigs still have a 90’s ghetto vibe, with as much energy as a punk band... sometimes softer, sometimes harder.His latest Remixes for Chicago Legends Robert Armani and DJ Deeon, as well as for Matthew Herbert ́s "Smart“, a Remix for Dave Clarke & Mr.Jones "Unsubscribe“ project plus a remix for Berlins Artist Unknown classic hit "Control“ released in 2016 on Disko B. Housemeister also produced some tracks for the German band „Bonaparte“. His latest album "Transfer“ was released in January 2016 on the infamous Detroit Underground label (cassette/cd/digital) kinda different ambient/ sci-fi/ electro/ dub industrial style. Many good feedbacks incl. interview with the German De-bug magazine or Xlr8tr. Berlin ́s Radio 1 / Olaf Zimmermann (electro beats) invited him for a 2 hours special for transfer. 2017 he works in the studio on some secret projects, but the next housemeister album in the pipe and his label AYCB celebrate this summer the 50th release. Every 2 month he invites guests to his residency night at Suicide club Berlin.