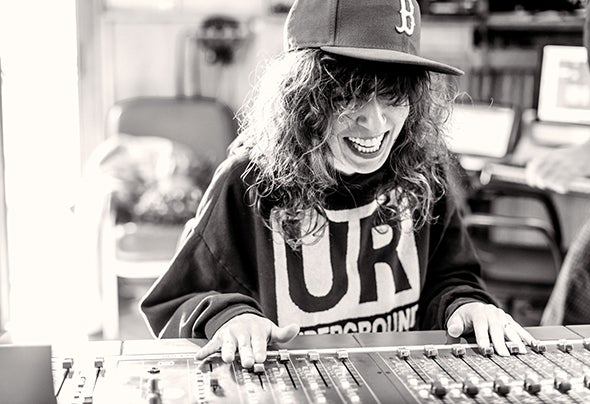 Maral Salmassi, born on 24th July 1975 in Teheran, first grew up in Persia and later in Jordan. With the fall of the Shah's regime in 1979, the family was forced to return to Persia and after seven years under the Islamic regime, they managed to escape from a country subverted by the war between Iran and Irak and settled in Germany in 1986. MARAL SALMASSI is one striking femme. She exudes talent and beauty, combined with a hint of masculinity, giving her a distinct edge in the music she creates and the way she styles herself. Founder of notable techno label, Konsequent Records in ‘97 feat. artists like Jay Denham, Cari Lekebush, The Advent or Claude Young and new media label, Art of Perception in ‘99, an exclusive limited Soundtrack series in co- operation with Games Workshop UK for the game Warhammer 40.000 by artists like Alter Ego, Jimmy Tenor, Dr. Shingo, Zombie Nation or Andrew Weatherall, Maral’s past explorations in music have paved the way for what is her most exciting and diverse label to date, Television Rocks which she runs together with Zero Cash.