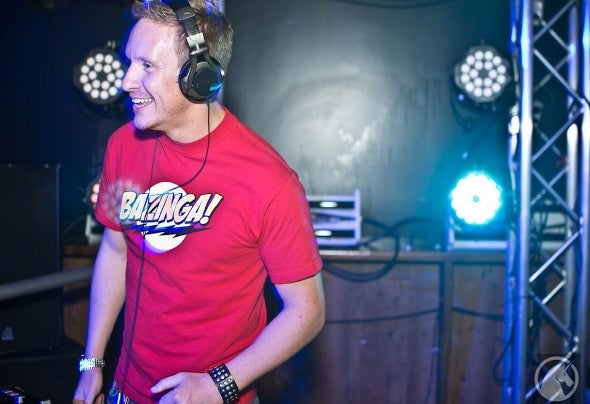 Great music and rock-solid mixing are the two guiding principals that drive Van Tek, who has over 12 years of experience playing events, lounges and clubs, giving him the unique ability to read a crowd’s every subtle sign and cater to their desires. Starting his career using vinyl and turntables, Van Tek learned the skill of beat-matching and blending the old-fashioned way and has never lost the passion for creating unique sets that play out like the plot to a good book, with rising action leading to a furious crescendo. His flawless mixing spiced with original production has given him a reputation in British Columbia over the past few years, allowing him to headline many shows and open for such well-known acts as Mord Fustang, Krafty Kuts, Lucky Date, Felix Cartal, Lazy Rich, and more. As one half of the production duo ‘Dope Tito’, Van Tek has had a hand in releasing music under the labels Rocstar Records, Sovereign House Records, Padded Cell Productions, BadBwoy Bass Records, Dusted Breaks, Kick It! Recordings, Breaks R Boss, Atomic Zoo, and Acuzar Distribution. With numerous Dope Tito tracks in the BeatPort top 100 breaks list, Van Tek and DJ Brat, the duo behind the name, have garnered remixes from names such as B.Rich, Kid Digital, Backdraft, Journeyman vs BaRRcode, Quadrat Beat, Diesel Laws, and Charlie P.