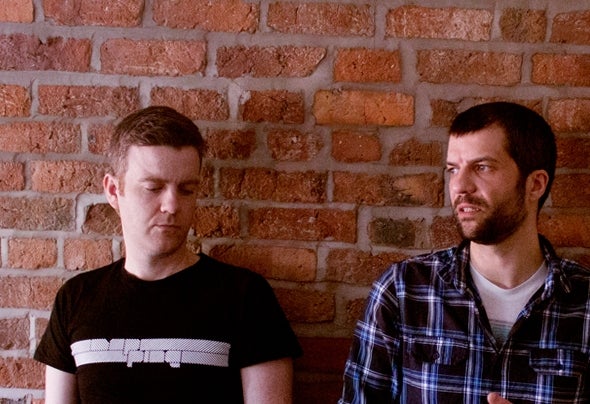 Manchester based Brothers Paul & Alan Farrier signed to Boys Noize Records in 2006, having been writing music together since their childhood.After 2 EPs their album “Golden Traxe” was released on the label in 2009 channelling their vision of space age electronica, acid house and techno.They have remixed acts such as Chromeo, Gonzales, Zombie Nation, Boys Noize and Damian Lazarus, and taken their dynamic, beat-driven sound across Europe, Australia, Asia and North America.In 2012 they were chosen for an In The Studio feature in Future Music magazine, and they recently released an album of archive material on Bad Life and have a new track on Turbo Recordings “Miami Lifestyle” compilation, also featured in Clash Mag.In the summer they released ‘Unspeakable Things / Breakable’ on GND Records (to be followed by two remix EPs in the Autumn) and their new EP ‘Hydrate’ has just been released on Unknown To T he Unknown. T heir new Album is coming early 2014 on GND Records!