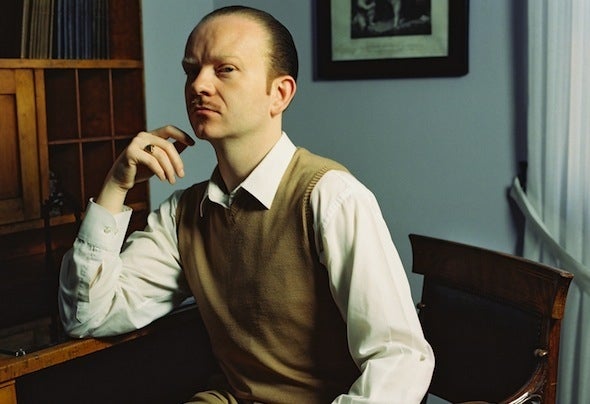 Since his early musical beginnings in 1985, Uwe Schmidt (Atom™), has earned global notoriety for his vast and variegated projects, number of releases, collaborations and musical styles. His catalogue includes works with and for artists such as Depeche Mode, Air, Bill Laswell, Yellow Magic Orchestra and Towa Tei, just to name a few.Originally hailing from Frankfurt, Germany, Uwe Schmidt moved to Santiago de Chile in 1997. After relocating, he released the internationally acclaimed album, El Baile Aleman under the project name Señor Coconut. After its release, El Baile Aleman was licensed internationally in many countries - Germany, the U.K., France, Spain, Greece, Turkey, Hong Kong, Brasil, the U.S.A., Mexico, Japan and Australia. With a demand in so many places, Señor Coconut began touring worldwide in 2001. In 2006, Señor Coconut was awarded a Quartz 1 Award for best arrangement & composition. To this day, Señor Coconut is still actively touring worldwide.Amongst countless compositions which have been distributed worldwide, 2008 and 2009 saw Atom™ producing a movie soundtrack for the Hungarian movie Bibliotheque Pascal (with Burnt Friedman as the project Flanger), music for the dance piece Llamame Mariachi for spanish choreographer Maria Ribot which premiered at Centre Pompidou in Paris (November, 2009), and remixes for Towa Tei and Bomb the Bass, amongst others. He also released the critically acclaimed album, Liedgut (r-n99) released on Raster-Noton in 2009 which was nominated for Germany's highest music award, Preis der Deutschen Schallplattenkritik, as well as the 2010 Quartz 6 Award.2007 saw the return of Uwe's live solo performances as Atom™. This show has been evolving over the past 3 years and includes him playing audio and video in realtime, using a very small technical setup on stage. In the past 3 years, he has performed this solo show all around the world. Premiering in Tokyo in 2007, he's since played Mutek Festival in Montreal, Offf Festival in Lissabon, Madrid, Sonar Barcelona, Exil Zuerich, Jazz House Copenhagen and many other places. His live show is dynamic and he continually updates and renews the material.In addition to his live activities, the prolific Atom™'s latest cd is a collaboration with Japanese artist Masaki Sakamoto entitled "Alien Symphony" released in spring 2010. Atom™ has also been busy remastering his entire back catalogue of approximately 1500 track titles. To date, he has published 182 album releases under various labels and project names. Yet there are more album productions still untitled and unreleased.Raster-Noton catalog contains two albums so far - Liedgut, r-n99, 2009 and Winterreise, r-n140, 2012.