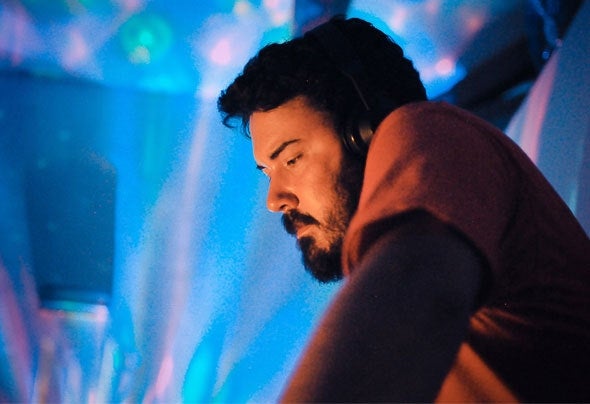 Although Lisbon may be a far cry from the industrial factories of Detroit or the rave days outside of the Orbital ring-road, that doesn’t stop the Portuguese DJ and producer Photonz from channelling those epicentres of electronica in his music. Flittering somewhere between the cosmic, sci-fi leanings of Drexciya and the euphoric techno from the UK’s ecstacy charged era, Photonz has been welcomed in by the likes of Andy Blake's Dissident (RIP), Creme Organization and the DJ Haus-headed Unknown To The Unknown.Closer to home, since founding One Eyed Jacks, the label has become one of the go- to outlets for Portugal’s next wave of electronic up-and-comers, representing his native Lisbon and spearheading a burgeoning underground scene in the city that continues to become stronger by the day. Since launching Lisbon-based Rádio Quântica with Violet, Photonz has stepped out from behind the booth to become something of a tastemaker on the airwaves, exploring the outer edges of house and techno while also offering a platform to local artists, labels, crews as well as activists addressing subjects such as racism, homophobia, transphobia and feminism.