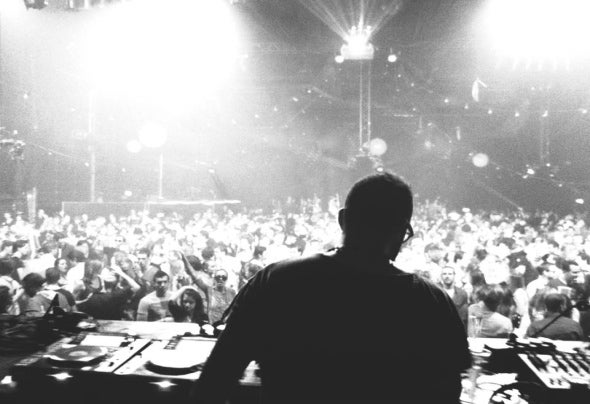 In just a few years, NT89 has set a benchmark in dance music. It's hard to define his sound as his DJ sets are vivid and eclectic. T he aim is to bring a mix that flows between techno and house without loosing its groove.23 years of age, Italian born but resident in the Netherlands, NT89 is touring the world spreading his word by producing atomic releases for important underground dance labels such as Fool's Gold and Turbo and remixes for artists like Tiga, Fatboy Slim, Proxy & Junkie XL.Everything boosted in 2009 when his popular remix of Tiga’s “Mind Dimension”, together with Japanese DJ legend Shinichi Osawa, killed dance floors all over the globe. Later that year he signs to Fatboy Slim’s UK based label Southern Fried, and his first “DOOMA EP” gets support from legends like Laurent Garnier, Claude VonStroke and gets played by Dave Spoon in his Essential mix on BBC Radio 1. 2010 has an amazing kick off when the vinyl of his new EP “Pumpin” sells out in just 3 days.As a follow up NT89 made another official remix for Tiga’s new single ‘Overtime’ on Turbo Recordings and a new EP for Southern Fried “Plug” with Savile which brings more techno vibes to his sound and therefore a new movement.In 2011 he releases 2 EPs, the "Panda EP" premiers on Erol Alkan's BBC6 radio show and is played by the likes of The Chemical Brothers and 2 Many DJs. The "Traffic EP", together with UK's super producer Burns, gets a 9,5 review on DJ MAG Spain."For NT89, 2011 will be the year that he truly arrived. He was the producer that producers love, but now the secret is out. His ace Bad Life releases, unique DJ sets all over the globe and a string of big remixes has seen NT89 smash it throughout the year" (AutoKratz press release).2012 scored the greatest release in NT89's career, the "Voices" Ep on A-Trak's Fool's Gold Records. "A hypnotic burst of chopped club music built on echo chamber snare hits, making for one of Fool’s Gold’s most exciting and techno-friendly releases to date". No surprise that A-Trak calls him "consistently one of the most interesting producers in electronic music". This EP has been a top choice for artists like Tiesto, Diplo, Skream, and Cassius. Annie Mac premiered it on her show on BBC Radio1 and played it out everywhere, helping NT 89 reach a wider audience and enlarge his fan base while experiencing a crossover genre that made him an important figure in the city where he's currently based, Amsterdam. 2013 is blooming with his upcoming track on the New Jack Techno 2 compilation, set for release in early 2013 on Turbo recordings, a brand new EP on Fool's Gold Records and a many more originals that had already been played by Tiga, DJ Hell and many more.