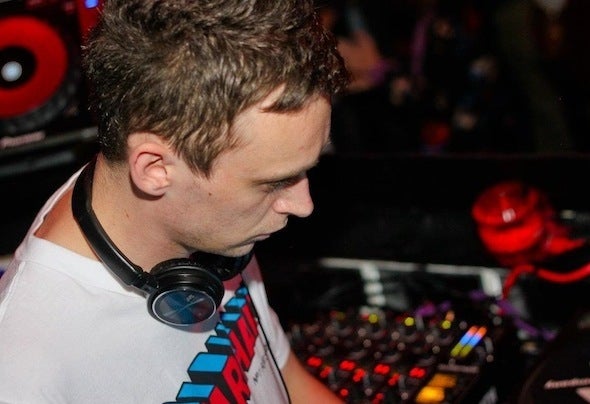 Over the past year, Nottingham-based producer Lone (a.k.a. Matt Cutler) has undertaken quite the reinvention, leaving behind the hip-hop flavored abstraction and hazy beatscapes of his notable Ecstasy & Friends and Lemurian albums for a quicker-paced sound that's much better suited for the dance floor. Last summer's "Pineapple Crush" single was the first demonstration of Cutler's new-found love affair with Detroit techno and classic rave, but with his new mini-album, Emerald Fantasy Tracks, the transformation just might be complete as he showcases upbeat vibes, warm synths, hands-in-the-air moments, unbridled energy and glowing enthusiasm that is simultaneously naive and self-aware in its 'I'm just dancing with my eyes closed, but isn't it so much fun?' motif. We sincerely hope Lone's dance party never stops!!