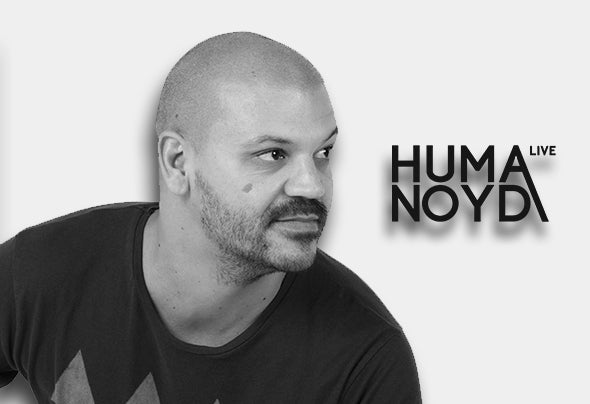 Mário Henriques created the project Huma-noyd live in 1995.This project was born to infect everything and everyone with his kind of music. His unique strong Techno and Tech House music-style with a lot of energy and power.Huma-noyd isn't that influenced by other artists as he want to make his really own unforgettable set's with an special type of sound.In 1998 created his own Label named "Monophonik Recordings" and 3 years later in 2001 he opened his record and merchandise store named just like his Label.After several projects where he spent time involved, in 2011 saw a new opportunity for his career: " Kne'deep ".Huma-noyd accepted the greatest challenge yet in 2012. This challenge is called "DJ Rush United!" and consists of creating a new concept for a irresistible night. Give the face by this project is the legendary Dj Rush, and the Portuguese Huma-noyd live and J.Fernandes.UNITED presents a unique selection of techno, tribal, funky, groovy, all with an energy that represents them.Dj Rush United want to return the dance floor joy, fun and energy!Based on this, Huma-noyd will continue his saga and will move all over the world to present his amazing and special style of music. His project was created to lead his public into a world where sound is the key to every success.