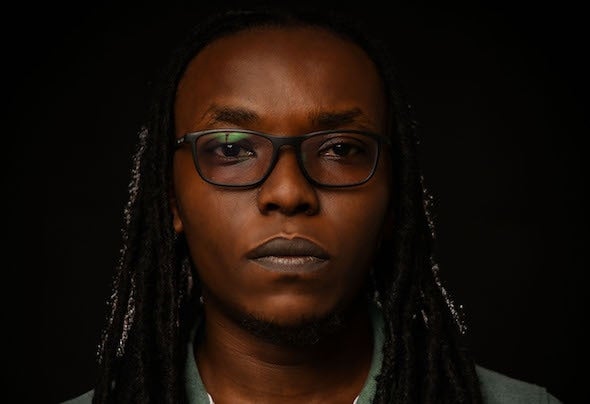 Saint Evo is an Artist and a DJ/Producer hailing from the savannah plains of Kajiado County, home of the famed Maasai people, in the Republic of Kenya. He is celebrated as one of the pioneer producers of the Afro House sound in East Africa. In 2020, Saint Evo opened his own record label, Celsius Degree Records. A platform that showcases quirky futuristic musical works emanating from gifted producers/vocalists. Saint Evo has always opined that musical freedom is a priceless commodity that demands constant vigilance at the altar of creativity in order to guarantee its longevity. In this vein, Saint Evo has endeavored to capture and acoustically materialize sounds from the Equatorial region of Africa, fusing them with vocals from unique artists such as Viiiictor May (South Africa), Audius (Australia), Venessa Jackson (South Africa), Nomvula SA (South Africa), FLERIIN (Russia), Tabia (South Africa), Crescent Von Croon (South Africa), Lizwi (South Africa), Rocio Starry (Spain), Toshi (South Africa) amongst others. Since Saint Evo deems that music is a fellowship, he is perpetually seeking out collaborative initiatives with other mercurial producers. This has seen him collaborate with an array of producers and percussionists from around the globe. Thus far, he has worked with Coflo (USA), DJ 84 (South Africa), Mtsepisto (Swaziland) Stopher CM (South Africa), Over12 (Portugal), Shona SA (Zimbabwe), Benjy (France), Chinjong X Chinjong (Cameroon) amongst others. The past few years have witnessed his musical productions making a mark on the international Afro House music scene, releasing musical gems with reputable record labels from Africa, Europe & North America. As a DJ, his sets are characterized by an array of African drums infused with smithereens of fecund slivers of synths and basslines of electronic music.