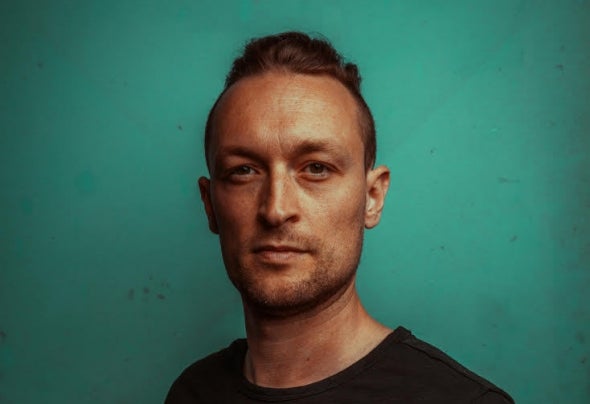 Malek Ales is an Slovenian Techno artist who receives regular support from electronic music pioneer Richie Hawtin. From Sonar Barcelona to Boiler Rooms and even the dark sweetly Italian clubs on his Plus8 tour. You name it Malek Ales music is played on all continents and is globally very well accepted. Playing since 2003 he is know for his intense and active performances with his Model1 being the center of his hybrid set-up. Translating his emotions into true electronic music he won’t let you go home from a party without feelings of joy and belonging to electronic music scene. His tracks are dark and groovy with repetitive percussive elements, syncopating lines, addictive bass-lines and memorable leads. The energy is captured inside the tracks, arranged in a way that will grab your attention and will make you come for more. Malek Ales has a minimalistic approach and is a versatile artist, producing a variety of micro genres inside Techno. He favours repetitive music with strong percussive elements allowing him to layer tracks on top of each other and crating new emotions on the fly. His Soak Ep was one of best selling Ep's, released on label Phobos in 2019 was played by Richie Hawtin over period of two years. Since then Malek Ales tracks are continuously played by Electronic Music gianst like Hawtin all over the globe. In the past 4 years Malek Ales was releasing music under his alias Overheads with his Russian friend Lie2you. The Overheads project was and still is very well successful on the Minimal side of Electronic Music allowing those two artists to produce tracks they normally would not in their solo productions. Richie Hawtin player their "Humano" remix on Boiler Room Buenos Aires in Argentina and many other Festivals. The duo was also remix by some of the Minus artists like Brian Gros. By releasing on labels like Phobos and he's new 3- track Timeless Ep on Trapez Records in july 2020 he is making a statement for the future of Techno.