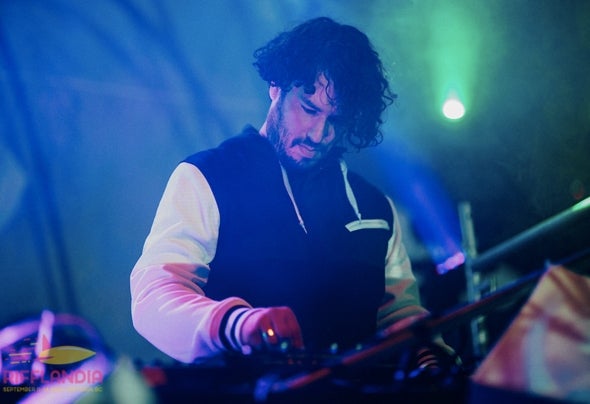 Living in a musical home, filled with scads of legit instruments, threw Nathan Jonson into the dark disturbing world of Hrdvsion, an alter ego that would, from an early age, feed his insatiable interest in abusing sound. Few people appreciated Nathan's music when he began performing it to "living" audiences so, feeling discouraged he quit like a baby. Over 2 years and a few computers later, he built up his courage again to a level that would permit him to perform live at his brother’s birthday rave. He thought that just maybe the world's musical tastes had caught up to his wizardry after such a long hiatus. Now, even cockier than before, he assaulted the crowd with noisey Drum and Bass and destroyed a Britney Spears track, to everyone's horror. The blissful rush that overcame him during this experience, he feels, may have been the cement that has kept him so close to his music since that memorable evening. Now years later he has begun fusing Techno with experimental music, creating something now more dance friendly, yet still really strange and kind of disturbing.