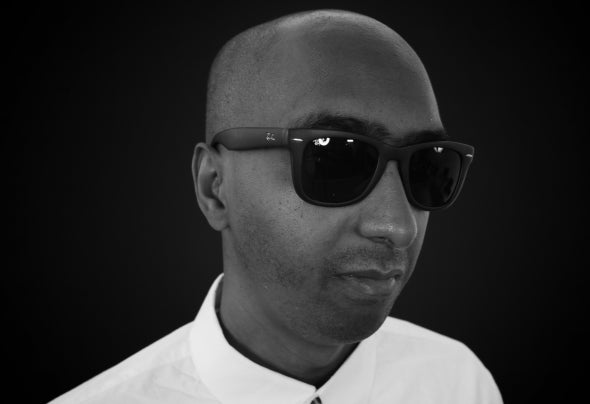 Running on Cargo FeedIndexAbout murr Following (0)Nicholas Murray BIONicholas Murray is a Barbados-born, award-winning electronic producer, composer and musician who has been making music since 1992.One of those obsessive vinyl collector types you only read about in comic books, he started out making audio loops from community radio shows with two rickety tape decks. From there, his first claim to fame was with the underground hip hop legend, Da Grass Roots – which he produced from 1993-2000 – but is probably best known as the co-founder of the long-standing politically-charged minimal project, LAL Forest.Murray has produced more singles than you can count on both hands on top of six albums, ranging from Thunderheist to Luanda Jones. Always scoring projects in film and theatre, he has worked with a number of labels for himself and others, including PTR, DNH, Kuji, 530 Techno and New Kanada.In touring 10 countries, 3 continents, Pakistan and the Caribbean, Murray has been shortlisted for numerous international awards and has graced the pages – and the covers of – the Source, Rap Pages, NOW Toronto, the Globe and Mail, Flux FM, and more.Ask him what he loves and he’ll say: “To make warm fuzzy electronic music.”The highlights? Opening for Ice Cube and playing the legendary Berlin nightclub, Berghain. It also doesn’t hurt to have a brother like Stephen Murray, a Vancouver-based producer, who has worked with Shawn Hewitt, Res, K-os and more. Murr, keeps one thing the same: Combining ambient fuzz and electronic beats into a whirlwind of melodies laced together with a chill, minimal heartbeat.He lives in Toronto.