Jokers Of The Scene 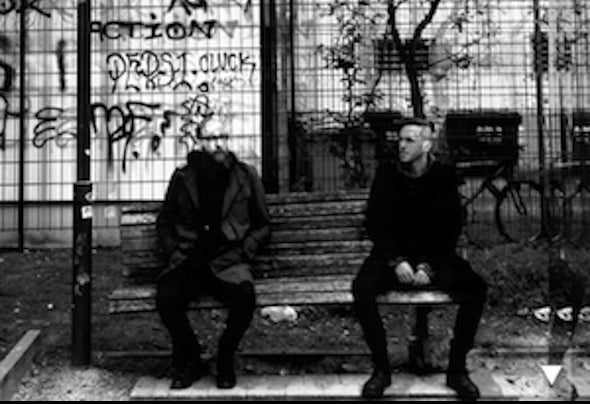 Every artist claims to defy categorization. Yet for Jokers Of The Scene, it's not a boast - it's a lifestyle. Composed in the confines of a Toronto studio, the expansive sound of End Scene is based on decades of VHS-addled film music, new wave jams, weirdo library records, acid house bangers, selected ambient works, and warehouse jackers. Crafted for modern listening from the analog echoes of cybernetic dreams, End Scene reflects a cohesive vision for the Jokers of the Scene's intensely eclectic sensibility. This is headphone music made to move bodies, at once familiar and confounding fresh. From the ominous intro, “Umbilical Chords,” through the slow house of “Channels For Success” and the gritty sheen of "Industrial Blonde," this collection builds on the Jokers’ strengths and successes. But the duo, comprised of Linus Booth and Chris Macintyre, defy expectation at every turn; moving from the cavernous percussion of “Home Video Is Wherever I’m With You” to the widescreen ecstasy of “Stoned In Death Valley” and the breakneck pace of “Hunk Of Punk.” The ambient vibes of the Jokers’ 2012 " Lovely Sort of Death" (originally released in two parts by Scion on limited 7” vinyl) close out the album as a digital-only bonus. Looking to do more than simply get End Scene into stores, Booth and Macintyre recruited Adam Marshall's acclaimed New Kanada imprint and NYC's underground powerhouse Throne Of Blood to create a collaborative label, Throne Of Kanada, to help realize their full vision for End Scene. In addition to the LP, JOTS are releasing a special cassette-only set of “bonus tracks” with LA’s Mount Analog and are working with New York based musician and artist Sean Dack to create the album artwork as well as a series of short films to accompany each track. Keeping with the duo’s notion of “casting” a dream team to realize End Scene, the final mix was completed by Brandon E. Hocura and Mark J. Murray at Polyphasic Studios in Toronto and mastering was done by the likeminded musical iconoclast James Savage, from Glasgow's inimitable Naum Gabo. Everything is immaculately crafted, right down to the titles - plays on words that show that even when they’re doling out dark slabs of drone and heady techno, these are Jokers at heart.

Jokers Of The Scene