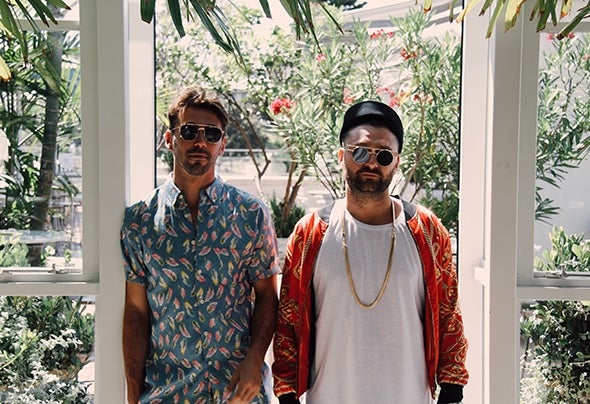 Yolanda Be Cool have played after Pitbull and Justin Martin, Flo Rida and Jesse Rose. They probably have Chuckie's latest bootleg, but theyalso likely have every song Jamie Jones played last night at their favourite Ibizan club, DC10. Their songs are in Britney's playlists,and Switch's.They have had a world wide number one, yes, but they also have a growing list of beatport hits, made only for the club. They are ascomfortable in Morocco, as a guest of the king, performing before 90,000 people, as they are in a Berlin basement performing for 90. Forthem, in music and in life, it's the differences that make the difference, whether it be a 1950's Italian folk song, juxtaposed witha fruity techno beat (go on, you know the one), or dinner in Monaco one day, Berghain the next, Johnson and Sylvester have had a prettygood couple of years touring the world. They have been to places they can't pronounce, and places they never dreamt they would, they havetheir own boat party at WMC which is on the "not to be missed list," but along the way, they came up with the concept for their debutalbum, "Ladies and Mentalmen."Out December 7 on their home label Sweat It Out, with a slate of international label releases to follow, their album is a showcase oftheir love for diversity and juxtaposition, inclusion and craziness, it features knowns and unknowns, it ranges from 70 bpms to 128, and asthey like to say, it's for everyone, from ladies, to mentalmen. With over a decade of Djing under their belts, and musical influences that extend far beyond their native Sydney, from old school hip hop,to Chicago house, to techno to pretty much everything in between. Bondi beach locals at heart, tho they have spent more time living in Berlin and Ibiza these past years, when they are not in the studio or playing at the biggest clubs and festivals in the world, you'll find them at the beach catching waves.Their collaboration with LA "it" girls, Nola Darling, "Change," is out now, and although it was slated as a soft single in the lead up to the album, dj's are charting it, radio station's are playing it, and with the video set to drop imminently, whatcha gonna do, not get excited for the rest of the album?