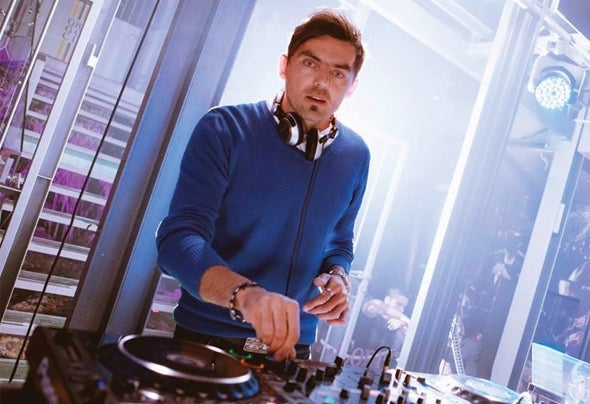 Jazzy Rossco one of the most talked about deejays on the Croatian party scene. His skyrocketing popularity has him regularly spinning at the hottest clubs and lounges. This demand stems from his ability to effortlessly captivate crowds and keep them moving all night long.Don't mistake Jazzy’s recent rapid rise as being a newcomer to the industry. Music has always been his passion.At first he was self-taught and only DJ’ed secretly in his bedroom but gradually gained confidence with the encouragement from his friends and family.This Croatian DJ/producer has made a big entrance to the world house scene with his production. His remix of Muzikfabrik’s songskyrocketed onTraxsource, becoming number one in just a week. 2013 was a golden year for this producer. The same remix of Muzikfabrik’s song, featuring Eddie Amador, entered the top 200 tracks of 2013. It was a very good year for this successful DJ/producer.Jazzy has collaborated with many famous artists like the Hungarian duo Crazibiza and Jean Marie Kon. It was the remix for Jean Marie Kon which brought him the first place in the Croatian remix competition.Jazzy’s collaboration with Dirty Freak, a remarkable English producer, resulted in making a remix which ended up at 36th place on Traxsource.A great collaboration with Babysitters duo from Belgrade has resulted in creating an awesome track Feel So Free, which ended on 30th place on Traxsource.Jazzy collaborates with a renowned Croatian saxophonist JakšaJordes, and has produced two singles from his album Ambidexter.The constantly changing Jazzy now shares his knowledge with other DJs whilst continuing to explore new musical paths and innovative material.Jazzy is one of the few who are able to live their dream and he doesn't take that for granted. He is dedicated to his profession and has an uncommon work ethic. He has the ability to captivate audiences and connect them through House music.Jazzy share his place on dj decks with great names like Yolanda Be Cool, Crazibiza, Mike Newman, Micha Daniels, Jean Marie Kon, Jaksa Jordes on Sax, Babysitters , Yakka.