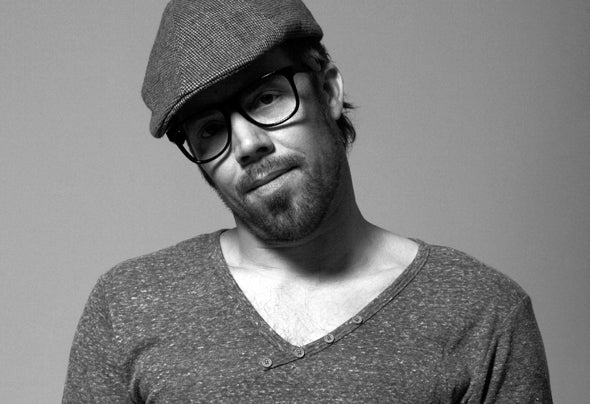 Dave Martins was born in 1975. He discovered the world of music already at a young age influenced by many various famous artists in the dance panorama of the 80ies and 90ies. When the electronic music came into the international scene, his interest for music became a full on passion. The young DJ started performing live in the main clubs of the Italian part of Switzerland first, and in the whole country next. It’s only after meeting the DJ, and then friend, Kenny Ground, in year 2000, that Dave got his real first chance. Along with Kenny they founded a small home-studio production in a underground garage. Dave started spend his whole time between text books, operating manuals and practical applications sharpening his musical knowledge but, more important, setting the ground for a future record label. In 2007 him and Kenny co-founded the "GrooveLab Production ltda", not only to produce music but also for social aims. That’s when they moved out from the underground garage..For 2 years he worked hard, looking for a valuable product to propose in a larger context. At the same time, along with Kenny, created the organizational and strategically set-up for what became the "SouthPark records". This Swiss record label was born in May 2009 and they released “Road to Madrid”. Dave is now busy in various record projects and works together with Swiss and international artists. He mainly works and produce for "SouthPark records" but he also cooperates with “Wasabi recordings", "Something different records", "Caballero recordings" e "Doppelgänger", "Futures Lovers record" and"New-School record.