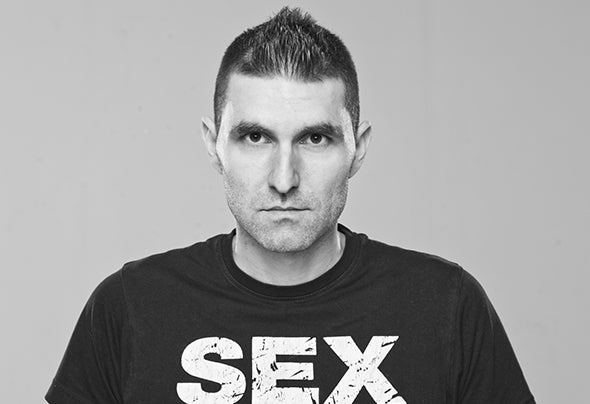 He was born in Madrid in 1979 and from a very early age his passion was music... he had his first keyboard withonlyfive! In 1994 he starts his career; electronic master technician and in 1996 he starts djing. In 2000 he begins djing in more clubs of Madrid like Groove Dance Club, Keeper Madrid... but in 2003 he retires to focus in his career like producer and his formation like musician. In 2006 he ends his studios like sound technician and specializes in mastering.Later he collaborates in Loca FM, the most important dance radio station in Spain, “La Cosa Nostra”, awarded like BEST RADIO-SHOW OF 2006 BY DEEJAY MAGAZ INE SPAIN, with Dj Neil and his friend Dj Damiani, and makes sets and lives in different clubs. He then starts at Global FM, whit Dj Neil ́s "Hype", that is issued every Monday and Tuesday, later he produce Dj Neil ́s Radioshow called iNeil3.0 at Loca Fm radio.As a producer he has been published by Defected, Azuli, The Factoria, Factomania Digital or Stealth. Nowadays he is part of Factomania Group (Head of audio department) producing and collaborating as mixing engineer with the most important labes in the world like Sony USA, Warner or EMI Music.