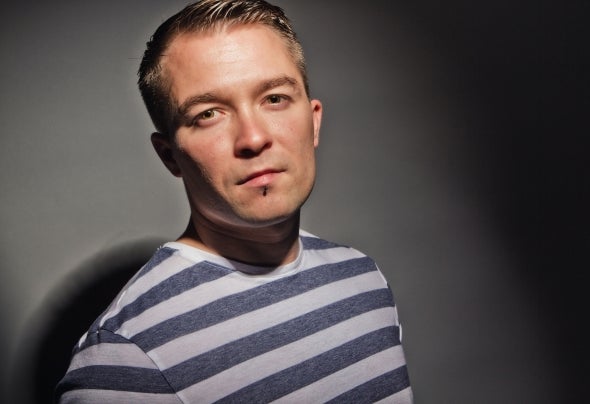 In this world of ever evolving technology, the barriers between musical genres are constantly being eroded by the relentless rise of the digital age. With the latest hardware and software being widely available, it’s normal behaviour for producers to follow the latest trends, or create sub-genres that blur the musical spectrum further, but it seems this vast majority of producers and clubbers are blissfully unaware of the tremors in the underground scenes, caused by producers that appear to be focused on their origin, taking new steps for electronic music, bringing pure House music back to the modern world. Their front man is Diavlo, the new heavyweight for House music. Diavlo’s music is the undisputed sound of House, establishing his name in the scene with his first release with Ant Brooks , ‘Genesis’ signed to Michael Woods’ Diffused Music label, his track ‘Flava’, gaining the number one spot in Beatport’s ‘Must Hear House Tunes’ feature, his tack ‘Response’ being featured on a compilation album (Exploring UK), his latest releases coming from Cr2 Records, and copious amounts of support from the likes of Andi Durrant, Ant Brooks, Jon Rundell, David Jones, Dashka and Sonny Wharton. After rocking up gigs and all over the Europe, from Birmingham to London, Praha to Ibiza, you can definitely say Diavlo’s career is rocketing skywards at a phenomenal rate, and all after such a small amount of time. His seamless ability to persistently produce fresh, jackin’ House that resonates through the EDM industry and record boxes of many will see him become a permanent fixture at the forefront of House music in no time.His talent is a representation of his deep-rooted passion for House music that began in his teen years as a love for Hard House. After discovering Funky House, he found how to turn his obsession into a career through DJing in his home town of Coventry, and a residency with the Panache brand followed closely, exposing the UK to his perception of House whilst touring extensively. His devotion to the music was clear at this early stage, fuelled by dedication alone for years before putting together a small studio for him to create the sound he loves so much. Diavlo’s love for House has gone undiminished since this early period, staying true to his roots. Being involved with a scene for so long is undoubtedly proving to be worthwhile for the producer, as he crafts pieces of music to perfection using his exceptional knowledge of the genre. Breaking through the underground may prove impossible for talent new and old, but with each of Diavlo’s productions punching massive holes in the scene, his path through to the mainstream is clear and undisturbed. Listening to his music will put you front and centre of a sundrenched dance floor, surrounded by true followers of House, the energetic drums and percussion provide the movements, whilst the synths, vocals and colossal build ups provide the universal emotions and hands in the air moments that define this genre of music.Diavlo’s achievements are expanding before our very eyes, and with his career revitalising the scene with a true representation of House music, we won’t have to wait long for his name to be highly prominent in the world of EDM.