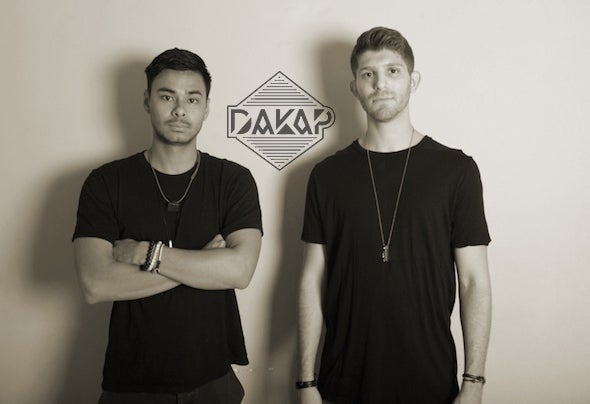 The old idiom of "The secret to getting things done is to act" is one etched in stone—a law of the universe. After years of DJing and producing, and brief, relaxed attempts at solo careers, Sandy Rabin and Robert Tellier decided to act. Enter: DAKAP. Rabin and Tellier, both contributing to DAKAP independently but cohesively, were destined to collide from the beginning. The friendship they share, stemming from long before house music—let alone, DJing—was in the picture, has helped expedite the developments of the up-and-coming artists. These early, successful efforts of DAKAP demonstrate that the duo plans on making a long lasting impression on the landscape of today's music scene. Early in 2014, DAKAP’s cross-country studio collaboration came to fruition with their first signing, an EP for Miami-based Behold Recordings titled, Outspoken. This was followed up by an invitation to join a compilation for Sağol Records where they offered their third original piece, "No Saints". Most recently, the boys have taken it to the next level and released on a larger scale: SK Supreme Records with a 3 track EP titled, Ledge Games. With DAKAP’s strong pace of continual gigging and a constant push in the studio which shows no sign of easing soon, DAKAP’s story promises to grow longer and tell of praises for accomplishments, humbling moments, new projects, and most importantly, tales of endless good times.