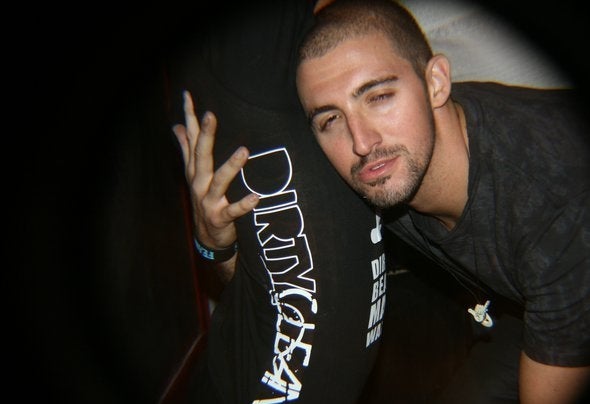 DIRTYCLEAN, the son of a world renowned club owner and promoter was introduced to club life at a very early age. Traveling the world alongside his father DIRTYCLEAN began to mold his technique and style long before he ever touched a pair of turntables. Within two years of beginning to learn the craft of mixing DIRTYCLEAN had already played at several Mega clubs in South America such as Pacha, Museum as well as several clubs and festivals around the United States’ north west.DIRTYCLEAN sets himself apart from a new generation of Dj’s and producers because of his profound and sincere understanding of mega club dance floors. The idea behind DIRTYCLEAN is to constantly inject excitement on to dance floors by promoting contrast and innovation in electronic music. DIRTYCLEAN’s colorful high energy sets as well as productions and remixes will always take you on a trip through nearly all virtues of electronic music. From the pounding groove of hypnotic, booty- shaking tech deep psychedelic-brain washing techno.Simply put DIRTYCLEAN’s charisma, technical displays, and sonic contrast destroys dance floors coast to coast, continent to continent."I will not allow my sound to be categorized and labeled." Rather my sound will shape existing styles and genres."