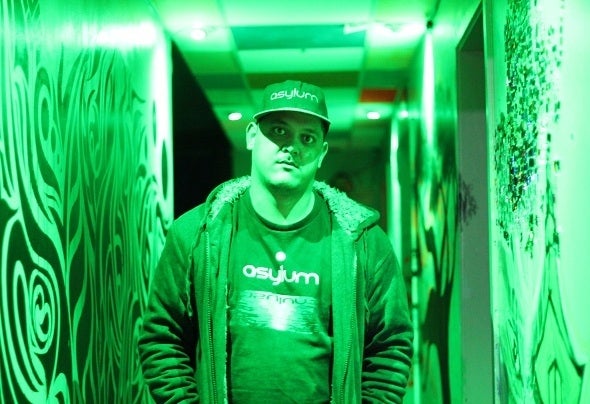 Hawaii native, Russoul, has been engulfed by nightlife and everything about it since his high school days. It was obvious that he had found his real passion, so he began mixing everything from hip hop to house, with only party-rocking in mind. Along with some guidance from his then partner in crime, DJ Technique, Russoul quickly made an imprint on the local scene. Now, over decade lat er, he has become a regular name in t he Hawaiian Island chain. Focusing mainly on dance music, he continues to stay diverse in nature which gives him an eclectic sound incorporating all types of 4x4. He has played alongside some of the world's best in such as Justin Martin, Christian Martin, J-Phlip, Chris Micali, Keoki, Morgan, Terry Mullen, Aleks, Denise, The Eastsiders, Mr. Vegas, Halo, Bad Boy Bill, Rabbit in the moon, Bassbin Twins, Uberzone, Miguel Migs, Dj Fame, David Harness, Corey Baker, Sugiurumn, Heartthrob, Alland Byallo, Maya Jane Coles, Butane, Tanner Ross, Adultnapper, Paul Woolford, Space Dimension Controller, John Tejada, Broz Rodriguez, Quasar, Christian Martin, Clint Stewart, Randall Jones and more. In 2012, Russoul had finally put up some of his original production work on Waska Records. His track "Conscious Mind" had charted #1 on the label for a month on Beatport. Then his next release "Amen" which he collaborated with his buddy Fathom, had also charted #1 on Waska Records on Beatport for a quick moment. He also has been collaborating and started anot her alias wit h 2 of his buddies ( Fat hom and Ginobeat) called Bass Fase which is focusing on bass music. With releases under this new alias and plus his music, the future looks very bright ahead for him.