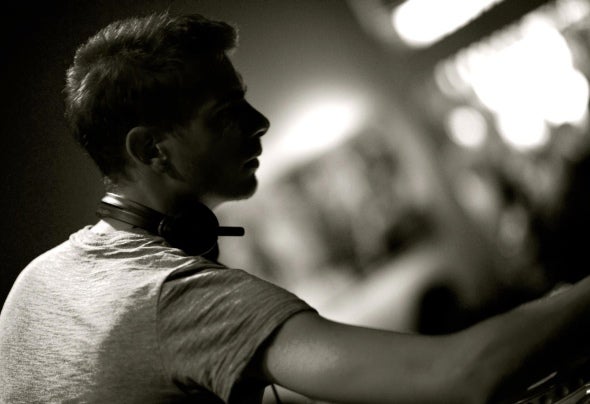 Exon Bacon got in touch with djing for the forst time while he lived in south of France. However, his first appearances in public realy start in 2006, when he moves to Brussels. From smaller private events to some of finest Brussels venues, Exon Bacon started to make himself a name when Play Label, one of most prominent promot er collect ives in Europe's capit al, spotted him and invited him to join the crew. Exon Bacon's name became quickly associated with most concepts Play Label worked on including "People", "Les Artistes", "Anarchic", "K-Nal" and their most recent concept: Number Six at The Wood club. Taking things a step further, Exon creates alongside Play Label a new weekly club: Downtown Club every wednesday at the Barrio.It was only a matter of time until music production followed. In 2011 Exon Bacon releases his first EP on Elect ronical Reeds label. Wit h broad int ernat ional support of the tracks, Brussels FM station "Radio Vibration" choses him as young producer talent of the year with his tracks Moon Reflection and Up To The Ground. In 2012 Exon releases a second EP on Electronical Reeds called Shapes of Time with remixes by Martin Matino and Dave Ellesmere confirming his production skills and taking a forefront place in label's roster.