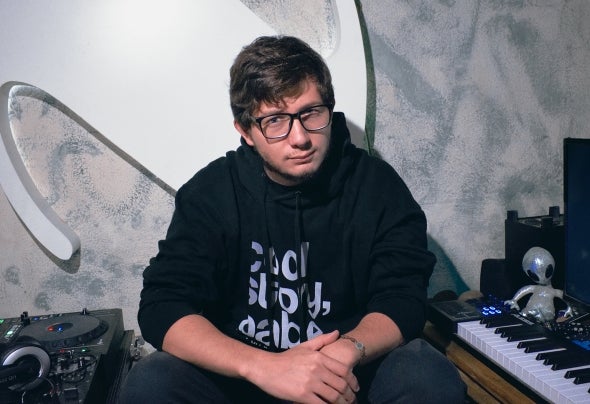 Born in Guatemala, 27-year-old Jose Santamarina creates trance-techno music that dees quick-shifting industry trends. After Crombat Records discovered Jose through his music in 2014, his rst EP called “The Ant” on their legendary label led to his string of successful EP’s on Heighten Music. After making his live debut at “Naltitam NLS Show” in 2013, Jose was invited to start a lot of radio shows in Mexico and Guatemala. With over 10 years of DJing in his carreer, his live sets are an absolute highlight as he improvises around his own productions which have appeared on such esteemed labels as EMPO Black Label, Save Freedom Records, Crombat Records or Heighten Music. Jose's childhood was minted by musical fulllment through learning the piano and growing up under the influence of many different musical genres. His weekly one-hour radio show, “Naltitam Live Stream” (NLS), is broadcast weekly online, drawing hundreds of listeners every week. The NLS brand has grown into a complete live show experience. His best-known track "Forest Ghost" became the after movie soundtrack for the Ultra Music techno festival "Resistance Mexico 2019"