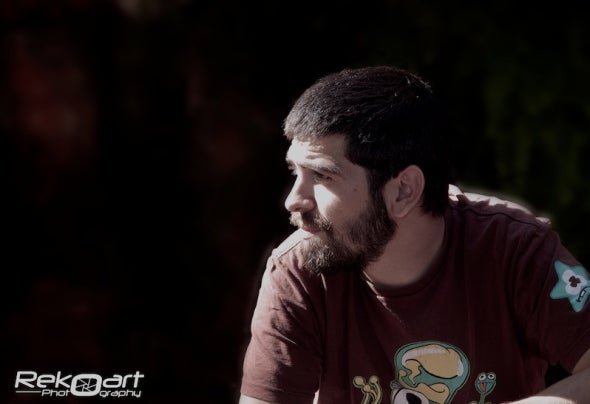 Abraham Casado Amador better known as Deejay DarkBraham has maintained a close relationship with electronic music in its different forms from its sixteen years old. He started playing on friend's parties and staying up to date on the latest trends and new music. From his nineteen years old, he began to move in a more professional ambient, playing for private parties and clubs as Loops, Torres de Avila, Input, Massive Collective Festival, Underground Meetin Point, where little by little he has made him a place in this sector thanks to its unmistakable style. He has maintained a long way in parties called "raves" as well, which are held outdoors. They are the alternative to clubs and very closely linked to the style he works. Granada, Almería and Barcelona are among the places he has been invited, where he has been in front of thousands of people moving to the rhythms and mixtures thereof. Four years ago, Darkbraham began his degree as producer and now we can enjoy some of his musical works.