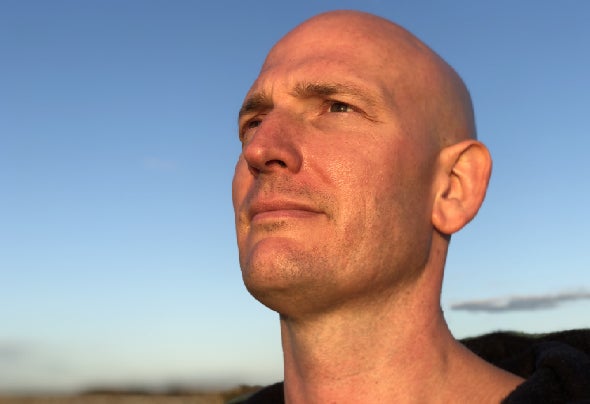 “Really, my artiste, you amaze me. The lengths you will go to in order to accomplish your own destruction” An excerpt from Neuromancer by William Gibson Upon hearing Ross Harper ́s music for the first time a new acquaintance said to Ross that he was reminded of the Sprawl Trilogy by William Gibson. A cryptic thing to say, but actually this comparison works in many ways. Like in Gibson’s work you can feel the psychedelia in Ross. The Sprawl Trilogy marked a step change in science fiction writing as it foresaw many social changes that then unfolded. And his music has that same feeling, of something very different, possibly revolutionary, definitely exploratory and at times, yes, revelatory. But also, Ross himself has a story similar to the lead character “Case” in the Sprawl books. Case is a man who is extremely talented yet at the same time, he is his own worst enemy. Harper has had as unswerving devotion to electronic music ever since his drug induced baptism in the 90s London rave scene which led onto an intense 5 years of studying music production. Since then he has spent years delving deeper and deeper into production, as such there is now a huge body of unreleased work which is just starting to see light of day. The talent has not gone unnoticed with DJ support from Martin L Gore (lead songwriter for Depeche Mode), Nemone on BBC Radio 6 Music and Laurent Garnier. The music has been compared to Jon Hopkins, Robert Miles and Orbital. Although these similarities are discernable, he is certainly an artist simply determined to do his own thing. Ross would cite his major early influences as Led Zeppelin, The Doors, Portishead, Morcheeba and then everything 90s rave. He grew up in a single parent family and his mum is his greatest role model, she is a Children’s Party Entertainer. And the family name, Harper, well, a Harper is traditionally someone who played music at festivals.