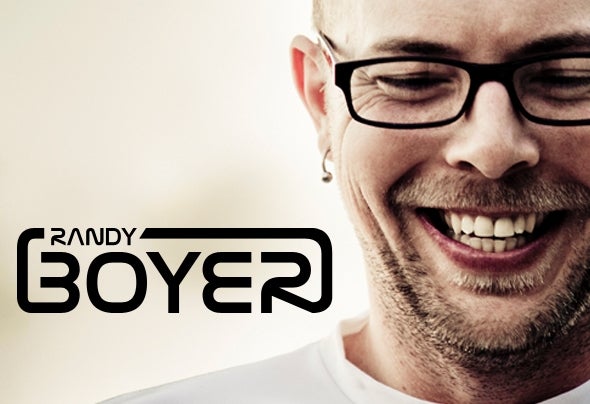 Randy Boyer has produced hundreds of tracks, has hits all over the world, and his music has been played by every top DJ you can think of. Numerous songs can be found on dozens of top DJ compilation CD’s and DVD’S. Boyer has also traveled the world DJ’ing at some of the biggest and best clubs in and dozens of cities over five continents. Boyer steadily performs with DJ’s like Tiesto, Dada Life, Above & Beyond, Ferry Corsten and many more.Hailing from the United States, Boyer has teamed up with Bulgarian producer Boyan Angelov to form the unique progressive / electro duo Boyan & Boyer. With several successful remixes and originals released, their most recent single, ‘Touch” – (Boyan & Boyer ft Emma Shaffer), was recently featured on Tiesto’s Club Life Podcast within the first week of release. Several of their tracks & remixes can be heard in the top DJ’s mixes. Their signature dynamic basslines and melodic melodies are second to none. This fall, the duo will be doing a much anticipated DJ tour throughout the US from September to October.Boyer is also co-owner of EnMass Music, a record label formed with legendary DJ & producer Darude. “T his has always been a dream of mine” says Boyer. “Not only to grow as an artist but also a label owner”.Boyer is also the host, DJ and program director of the BUZZ Radio show on Connecticut’s biggest Clear Channel Radio station, WKSS FM Kiss95.7, every Saturday night from 12:00 AM to 4:00 AM (EST). This weekly EDM syndicated radio show has been on the air for over 10 years. The 3rd hour of the show doubles as the BUZZ Podcast and can always be accessed for free on the iTunes music store under: BUZZ Radio.