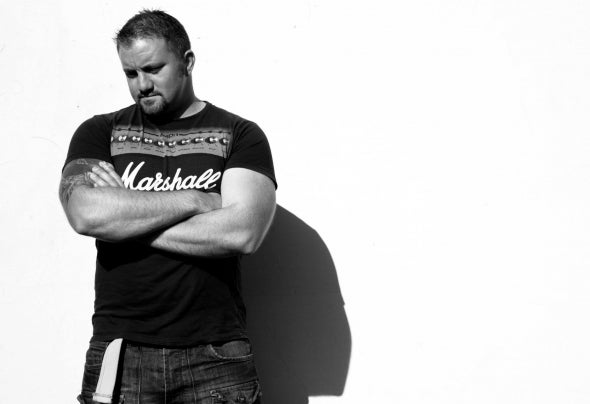 Guy Alexander’s passion for music started from a young age, both of his parents were brass band musicians and music was a big part of Guy’s early years. It would be, however, not the powerful sound of brass that grabbed Guy’s attention, but the synthesised sounds and repetitive rhythms of electronic dance music and early 90’s rave. In his primary and secondary years Guy spent hours listening to mixes from the likes of Carl Cox, DJ Ratty and Vibes, and as soon as he was able to, he bought his rst set of Technics turntables. From then it was hours of practice and soon DJ Guy Alexander was born. Since he starting Djing in 2000 Guy Alexander’s popularity as a trance DJ and artist has continued to grow, with a constant ow of successful, top 100 selling, releases and remixes. Guy’s records have been signed to many high prole record labels including, In Trance We Trust, Black Hole, Redux, State Control, Entrancing and many more, leading to his productions receiving International airplay and support from the biggest DJ’s in the world, including Paul Oakenfold, Paul van Dyk, Menno de Jong, Sunny Lax, Alex M.O.R.P.H, Manuel Le Saux and Signum to name but a few. Throughout his sixteen year DJ career Guy has played for some of the biggest club brands in the world including Cream, Goodgreef, Koolwaters, Digital Society and The Gallery, Ministry of Sound, and he has played alongside some of the biggest artists in the world including, Armin Van Buuren, Above and Beyond, Cosmic Gate and many more. In addition to DJing and producing Guy works at Redux Recordings writing their press releases, and as A&R manager at Terminal Trax. He is also studying for a degree in Music Technology at Plymouth University. But what does the future hold for Guy Alexander? Well, currently he has a number of upcoming gigs and releases already in place, and is working hard in the studio on new originals and collaborations, so you can expect to see a lot more of Guy Alexander in 2017.