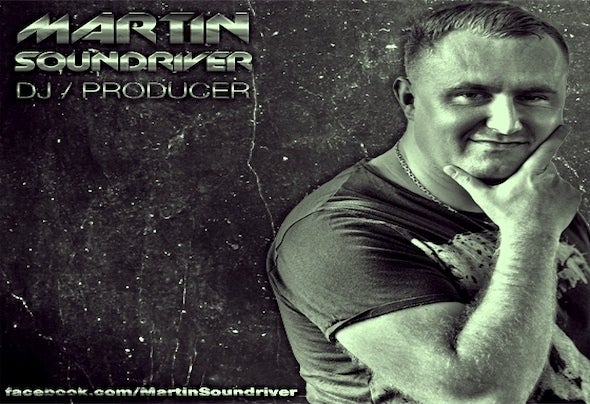 Martin Soundriver - under this alias is hidden DJ and Producer from Warsaw - Poland - Marcin Rudnicki, who is influenced with music since ever.As youngster he was fascinated by sounds of artists likes Armin van Buuren,ATB or Tiesto.He knew that music is that what he really loves. Since 15 years he sharedin evolution of EDM in Poland. Many outdated events and organisation ofthem gave for him a lot of experience due to that his musical character wasproduced. However as it was fitted on man with passion - music listeningwasn't enough for him. He wanted something more... Standing by the consoleand giving musical energy for dancing fans was his dream which he startedto realise in very short time. Many years of experience as a DJ with timewas appreciated. He was spotted by radiostation Szczecin.FM, which emitedhis Radioshow. Actually he working with radio Trance1.FM, where hepresenting his author audition "Trance my life radioshow" assembling morecrowd of fans. To be sure what is a music from heart it's necessary to hearat least 1 of these episodes. Exactly here we can see his true "I". Withtime when his audition reached more popularity Marcin decided to back tomusic production. Thats how after making his first full track he debutingin this year in Redbox Recordings where he awaits for physical (CD) anddigitally release. As it happens, music was his calling, becasue soon aftersigning contract with Redbox Recordings he has established cooperation withexisting for more than 2 years on music market - Martin Graff. Effect ofthey collab is EP , relesed on label Vendace Records. which is waiting forrelease. As he speaking: "I realised myself, but I still want more". Is ita signal about next productions, which we will hear soon? Surely we willknow it soon!