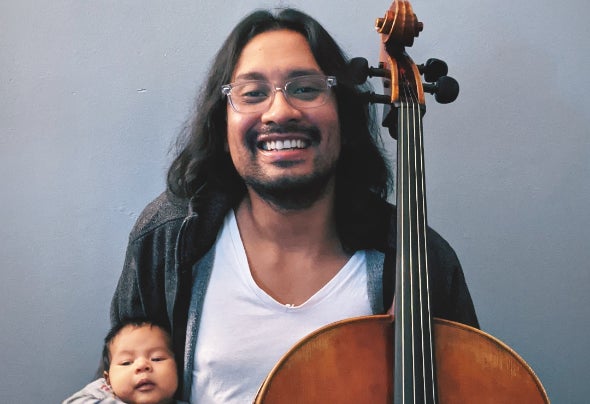 For ArDao, music isn’t only about entertainment. It’s a memorable experience connecting people to emotions that only sounds can express. ArDao is a classically trained cellist and a DJ who loves the J.S. Bach cello suites, and also enjoys a good salsa dance. Born in Ecuador and raised in the city of Boston, he grew up with a wide variety of musical tastes. ArDao began his musical path at Boston Arts Academy where he studied chamber music. He went on to graduate from Berklee College of Music in 2015. As a DJ, ArDao prefers to spin Trance, but puts no boundaries on other styles of dance music such as House, Nu Disco, Deep House and enjoys incorporating them into his mixes. He has played at various venues in Boston, such as the Middle East, ZuZu and the Inner Sanctum. In 2013 he played at Fly Fest in Ecuador. In 2017, he released his rst collab with Trance Producer/DJ Saad Ayub as the featured cellist on their song called “Shinrinyoku” which was released on Abora Recordings. His second collaboration entitled “Your Own Destiny’ is with Argentinian Trance Producers R.E.L.O.A.D. on Suanda Music. ArDao is currently a resident DJ on Mexico’s best global Trance station Tempo-Music and owner of Boston’s local events Dance To Trance. With current releases on Vandit and Interflow Records, ArDao is humbled to be able to share his musical journey with you.