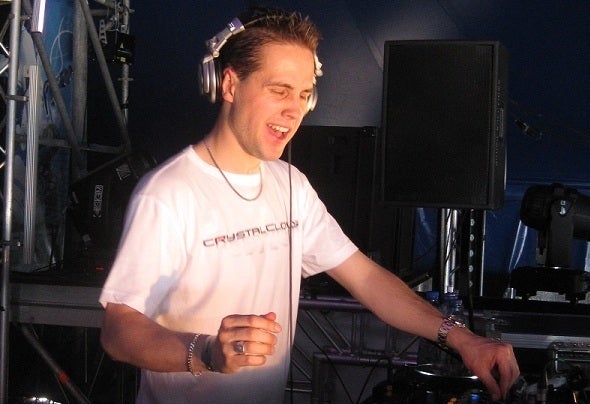 Jeroen Kuhbauch was born in Rot t erdam on t he 7t h February 1983. He has always been in love with music. In his younger years Jeroen was interested in all kinds of music, especially dance music. His father had been a bass guitar player for many decades, making the perfect musical environment for Jeroen's musical tastes to develop as he grew up. When he was 12 he played the keyboard. After a while lost interest in it, but Jeroen still listened to all kinds of music, including trance music. At this time he never got the feeling trance was his passion.In 2001 Jeroen went to his first big live event (Sensation). This was an eye-opening night for him. He discovered that dance music was in his heart, despite this being a DJ never crossed his mind.Things changed in summer 2002. While on holiday in France Jeroen got hold of the In Search Of Sunrise Mix CD Series by Tiesto. After that, things started to become clearer to Jeroen, and he went to see Tiesto for the first time at Innercity at the end of that year. Jeroen's influences grew in 2003, when during a difficult period in his life he discovered Armin van Buuren's A State Of Trance radioshow. From his very first listen Jeroen was hooked. Every week he stopped at home to tune in to the show and his passion for trance grew more each listen.Around the same period, Jeroen bought some simple DJ equipment and started to collect vinyl. He wanted to see if he was capable of doing the same like all those other DJ's: mixing records. After many hours of practice Jeroen was able to take the next step, and choosing a DJ alias, DJ Jerom was born.In October 2003, DJ Jerom made his debut in a small local club in Berkel & Rodenrijs. Since then his mixing skills and experience have improved dramatically to the present day. After practicising the art of DJing for just over a year, he began his own Mix CD Series, following in the steps of his heroes. Through his performances and his CD's he has developed his own interpretation of the trance sound.Fast track to summer 2005 and the positive enthusiasm Jeroen puts into his DJing project has begun to reep rewards. Firstly with the creation of his very own home-studio enabling him to begin producing tracks in his own unique style of trance. Secondly in Sept ember, DJ Jerom made his live international debut playing an extended 4 hours set at Unique Club in Bratislava, Slovakia. And finally, he has recently launched his very own radioshow - titled Visions, to bring his style of trance to the public on a regular weekly basis. Ever since the very start, Jeroen's radioshow is received really well throughout the world, which resulted in Jerom being added to the DJ team of the big trance community Crystal Clouds in the spring of 2007.Around the same period there was Jerom's first track to be released. The track was produced together with t he t alent ed Michael de Kooker, who he met in December of 2006 and lives in the same town as Jeroen and produced music using the same sequencer (FL Studio). When they discovered each others similar taste regarding trance it was more than natural to start to work on some tracks. Their second track got titled 'Body Combat' and after sending it to some labels the track got signed to Cloud 9 Music.Jeroen wants to share his music and to inspire as many people as possible. The same feelings he received from DJ's like Precision, Tiesto, Armin van Buuren, Ferry Corsten and Markus Schulz to name a few. Pure passion for the music. To go beyond simply liking the music, to make it a way of life. "I can't imagine what my life would be without music" - Jerom.