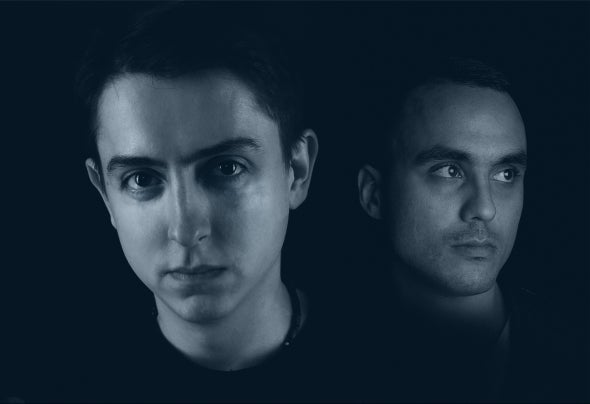 The path of Magnetude was never a smooth one. The Anglo-Russian hybrid consisting of Rustam Mansurov and James Peacock spent their formative years sharing music across the vast expanse of cyberspace; following a chance online meeting through their individual projects, it was their love for musically enriched drum & bass which drew them together and it was this passion and their strong musical backgrounds which saw their desire to collaborate. Time passed, meaning Magnetude became less of an idea and more of a reality as they began writing tracks which incorporate a vast array of melodic intricacy, live orchestral and opera elements as well as story telling, and wasn't long until they started to gain traction across worldwide stages in which they released on labels such as Lifted Music, Renegade Hardware and Eatbrain. However, the ingeniously sculpted and daringly forward thinking compositions they pieced together and released in that short period meant it was only natural for them to pique interest and sign with one of dance music’s most revered labels, Ram Records. Though relatively a new project, their achievements speak for themselves and what they will accomplish next remains to be written.