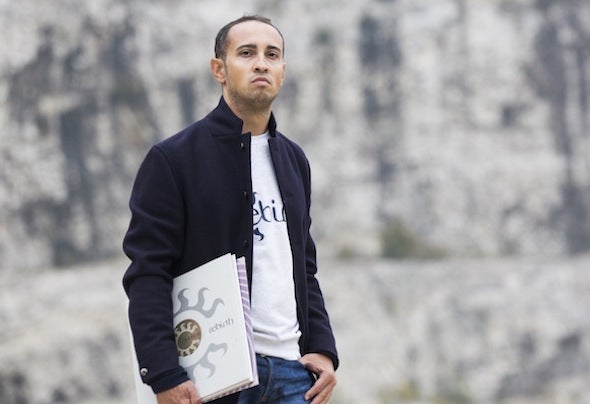 Shield is probabily known as owner and mastermind of Rebirth Records, but his journey began away back in 1998 when he started the collaboration with Bacci Productions, remixing artists such as Shawnee Taylor, Darryl D’Bonneau, Debbie Pender, De’Lacy and Lisa Hunt for the legendary american label Easy Street. In 2001 Shield started working as A&R and promoter for Oxyd Records. In 2006 Shield set up his own record label, Rebirth Records, which has surely grown up over the years into the most respected Italian independent label.A series of high impact releases alongside a focused and strong A&R and promotional work, have helped to enhance the reputation and credibility of Rebirth, always refusing to conform and follow trends, but creating instead a own unique sound, combining the ‘soul’ of a song and the warmth of a melody with a contemporary sound !On the production side, Shield is one half of NUfrequency (alongside Cristiano Massera), responsible for producing timeless songs like ‘Go That Deep’ (featuring the amazing the legendary Shara Nelson) and ‘Fallen Hero’ (featuring Ben Onono) both included in the first album ‘Connected’. The last one has been remixed by Motor City Drum Ensemble, and is the most charted track on Resident Advisor.Shield also produced a few re-edits of house classics such as ‘Tears’ by Frankie Knuckles, ‘Club Lonely’ by Lil’Louis or ‘Voodoo Ray’ by A Guy Called Gerald, that found place in so many important dj playlists. His re-edit of ‘Where love lives’ by Alison Limerick has been officially released by Sony Music in 2017, after being supported by djs like Pete Tong and Carl Cox.His collaboration with Robytek gave life to the singles ‘Pump It’ featuring Foremost Poets in 2009, the strong ‘Dowtntown Soul’ in 2011 and an official take on Adeva’s gave classic ‘In and Out of My Life’. In 2012 the release of ‘Way Of Life’ EP on Luciano’s label Cadenza. In 2013 the release of a brand new Robytek Vs Shield track called ‘Brass’ and an edit of Jesse Futerman ‘Betrayal (Love Is Misery)’ played by Gilles Peterson on BBC 6 Music. In 2014 Shield and Robytek rework ‘The Infamous’ by Butch & C.Vogt, ending to be one of the summer anthems. In 2015 Shield remixes ‘Free Bass’ by Joey Negro with Corrado Bucci. In 2017 the release of ‘NOW’, a collaboration with Sal P & Dennis Young (from the seminal New York band Liquid Liquid) !