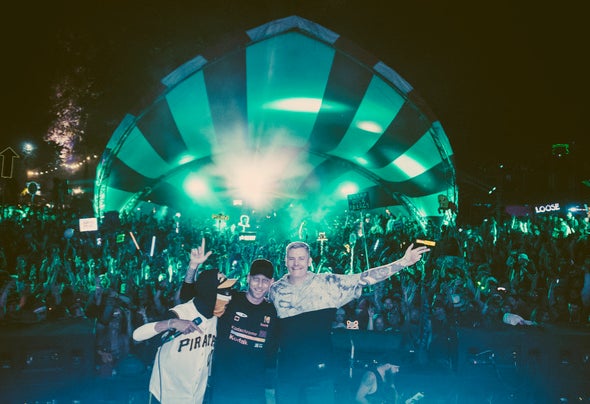 GREAZUS is the brainchild of HxdB & Patrik Cure. After working together for years running the record label Aufect, and throwing parties in Vancouver, they realized they also had synergy in the studio when they linked up for a production session. That production session has since snowballed into dozens of original songs, remixes and collaborations, festival bookings around the globe, the respect and support of their peers, and an ever-growing cult of weirdos following them faithfully. Their DJ sets are always memorable, high energy affairs, replete with their own productions and loads of dubplates that bridge the sounds of Grime, Jungle, Footwork, D&B and more. Notable releases on Exit, Critical, Hospital, Defrostatica, Tru Throughts, Vandal +