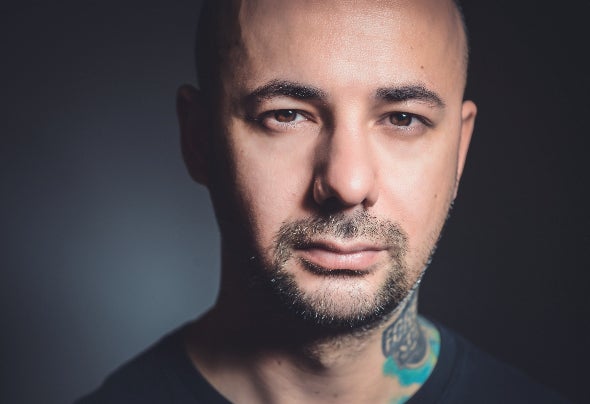 Forbidden Society has gone from being both a DJ and producer, to manufacturing a legendary platform for his brand which stretches further than its base in the drum & bass world of Czech Republic. He engineered the foundations of his clothing line and label through his high-energy sets and widespread command over the audiences he’s played to throughout the entirety of his career; although it’s his music which has taken center stage. Known for his versatile output, which includes dangerously powered cuts delivered at a dizzying tempo, as well as a more minimal, stripped back output still channeling his high-reaching production standard, his music is just as notorious as his live performances. And when considering drum & bass, it’s impossible not to recognize Forbidden Society’s impact, especially when it comes to the more earthy, underground terrains which have ensured the genre’s permanence. Whether its part of the international touring circuit or his solo work, Forbidden Society has infiltrated the fabric of dance music. His music in recent times has explored his eclectic background like never before. Henrys most recent productions present a colour reel of styles; the prime example being debut LP ‘Fog Walk’ through his self-titled imprint. Presenting itself as being far ‘away from the hardcore vigor of his usual work’, it covered twelve brand new editions to his already intimidating catalog of work. The ‘Dead Box’ EP followed in quick succession, also revealed on Forbidden Society and standing as another monumental part of 2019 for the producer and one which yet again highlighted his commitment to diversity within his labor. Despite being firmly rooted within drum & bass, these two bodies of work spanned his inspirations across electro, techno and punk music, something which were mirrored through his ‘Subworld’ EP on Noisia’s Vision Recordings. He also released there track with Audio - Iris.